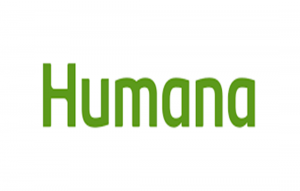 Humana Inc. is out of the individual insurance market says Bruce Broussard CEO, of Humana Inc. no matter whatever may be the future of the Affordable Care Act (ACA).

“Humana will not return to the individual insurance market after it exits the exchanges this year a market that Republicans are trying to repeal and replace through new legislation.”

Republicans in the U.S. Senate released a draft of their bill to undo Obamacare, officially called the Affordable Care Act, which reshapes the individual insurance market and the Medicaid program for the poor and reduces taxes.

Bruce Broussard said in an interview,

“This is just not a business that we will be good at. No matter what they do in Washington, we are not going to go back in. And we’ve had a lot of people ask us from Washington, D.C. if we would go back in, and we’ve said, no, it’s not there.”

He also emphasized that the company’s strength is managing Medicare Advantage health care for older people and the disabled.

Humana has announced it in February itself that it was leaving the individual market. Earlier this year it said, it had more than 100,000 customers in Obamacare plans in 11 states. Its departure threatened to leave some counties in some states, such as Tennessee with no individual insurance choices in 2018.

Bruce Broussard specified that it would only consider those deals where the U.S. Justice Department would use the same parameters as it did under the Obama administration. Adding further he said,

“If we were to evaluate a transaction, we would do so under the old environment, because we know that,”

He refused to say anything on recent Wall Street analyst research notes mentioning the company as a possible takeover target for rival Cigna Corp.