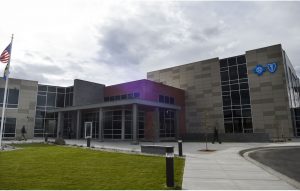 The debate over healthcare bill yet to get settled. Meanwhile, several health insurance companies are getting affected due to the irregularities in the bill. One of the most affected insurance companies in Montana state is the Blue Cross Blue Shield of Montana. John Doran, Vice president and chief of staff for Blue Cross Blue Shield of Montana mentions his concerns raised during the uncertainties in an interview.

On asking whether the ACA bill should be replaced due to collapsing market, John Doran mentions that the bill has faced a lot of ups and downs. He mentions the perspective of Blue Cross Blue Shield of Montana. He says,

“If you look at from Montana’s perspective, and you include the Medicaid expansion which was passed in the 2015 legislative session and implemented on January first of 2016, we’ve had about 120,000 to 130,000 Montanans gain access to health care for the first time. That’s a huge positive. And that was a big reason the Affordable Care Act went into place in the first place, was to give those who, for whatever reason, didn’t have access to health care coverage, give them that access and give them that coverage.”

He further mentions that there is indeed a lot of instability in the marketplace. Hence, it is a very volatile marketplace. One of the major reasons behind the uncertainties is the inconsistent regulations in the healthcare act.

The new changes in the healthcare act are promoting the end of the individual mandate. John Doran mentions that this change is certainly going to affect the business for Blue Cross Blue Shield of Montana. He mentions,

“…you need the healthy people in the insurance pool, as well as the sick people, to make it work long term, and so that’s that balance, that’s what I’m talking about when I consider the need for a mandate, or some way to get all of the people into the marketplace who are eligible, or at least the broadest participation possible, so that you can sustain the marketplace.”