Minutes before the Republican-designed American Health Care Act (AHCA) was due to be voted on by the House of Representatives on 24 March, President Donald Trump, chief advocate of ‘repeal and replace’ pulled the bill from the table. He admitted AHCA did not have the votes within his own Republican party to approve its channel to the Senate. And the Affordable Care Act (ACA) is still the law and will be until Congress agrees on something to replace it.

What Caused The Death Of The AHCA

The death of the AHCA was attributable to the failure of House Republicans to settle on a proper balance between free market choices and government mandates, and defiance of Democrats still astounded by their loss in last November’s general election. According to Milan Korcok, not one Democrat would vote for the new bill – even though it reinforced many elements of the ACA they passed into law seven years earlier. 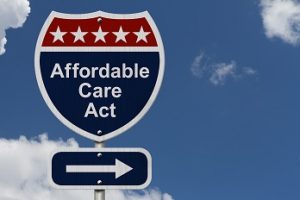 Continuation Of The ACA

Affordable Care Act is still law for all the stakeholders and participants in American Healthcare system. According to the government’s own National Health Expenditure Projections for the years 2016 through 2025, health spending is likely to grow at an average rate of 5.6 per cent per year through the next decade, rising from 17.8 per cent of GDP in 2015, to 19.9 per cent by the year 2025.

The premium prices are set by the insurers, but they need to reveal details about their provider networks, deductible requirements, co-insurance and co-pay limitations, and other such details for four ‘affordability’ levels (‘Silver’ category is the most popular one). However, premiums are just one part, deductibles are the next. These is what trips up many applicants looking for ‘cheap insurance’ options.

According to a study of ACA exchange policies done by HealthPocket, deductibles for the most popular Silver plan level average $3,572 in 2017. And for families they average $7,474 per year, a condition many critics have convincingly argued is like having no insurance at all.

To discourage delayed sign ups, ACA introduced mandates. It required all individuals and families to have health insurance or pay a fine while filing their federal taxes. Paying penalties was way too cheaper than paying premiums making it an easier choice for many young people. Avoiding penalties is even more easier for the 45 million Americans who do not pay federal taxes.

Withdrawal Of Major Insurers From The Exchange Marketplace

Consequently, health insurers lost the revenues they needed to pay for a lot of sick people and were forced to trim back their benefits, they narrowed consumer choice of providers, access to prescribed drugs, and other non-essential, but important benefits.

Insurers to stay competitive on the exchanges, incurred huge losses and eventually vacated many of the markets in the 36 states that offered exchanges. Aetna, UnitedHealthcare, and Humana are some popular names who scaled back from the exchange marketplace.

Spiraling premiums and deductions, a continuation of mandated penalties, withdrawal of major insurers from the exchange marketplace, and the reduction of provider choice, has been likened directly to a ‘death spiral’ by some of the ACA’s critics.

According to the ACA’s defenders, attempts to insure all Americans is complicated and challenging and will take time without resorting to a single payer model. They contend that the price spikes will moderate in future years and though the costs of healthcare in America will continue to rise.

To know more about the distant future of ACA click here.