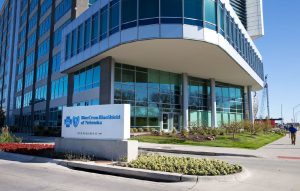 Blue Cross and Blue Shield of Illinois is all set to participate in Obamacare Exchange next year. Though the healthcare law has hit the rough patch and is facing lots of uncertainties; Blue Cross decided to enter the Illinois Obamacare Exchange 2018. This is quite surprising as the most of the renowned insurance companies across the country are pulling themselves out of ACA next year.

Insurance companies had time till Wednesday, June 21st to file proposed rates for the Illinois Obamacare Exchange 2018. Blue Cross spokesperson confirmed that the insurance company is certainly submitting its plans and rates for the next year. Despite this news, it is still unclear to what extent Blue Cross is going to participate in Illinois Obamacare Exchange 2018.

Colleen Miller of Blue Cross mentioned in her email,

“We’re working with regulators at the state and federal level to achieve a stable and sustainable market.”

Miller also mentioned that Blue Cross is not going to publish its proposed rates. Hence, it is not clear when the rates proposed by Blue Cross will be made public. However, one thing is certain that the premium rates for Affordable Care Act will significantly increase for this year. The rates will see changes if the federal government stops enforcing the rule that everyone gets health insurance or pay a penalty. The insurance rates by Blue Cross will also change if the federal government stops sending cost-sharing reduction payments to insurers. This money is often meant to help offset the expenses of reducing deductible and copayment costs for lower-income members.

The plans for other well-known insurers such as Cigna and Celtic Insurance Co. to return to Obamacare Exchange are not known.