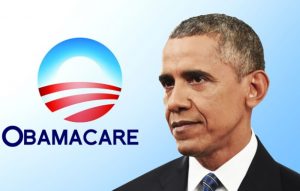 Aetna yet another insurance company to offer Obamacare

With Aetna willing to offer Obamacare or ACA healthcare to the US citizens, the health insurance company becomes yet another company that is revisiting Obamacare. This decision came almost a month after Aetna announced that the company was discontinuing Obamacare coverage from all states it was offering in.

However, Aetna won’t be fully committed to ACA. The company has announced that insurers need to sign their contracts before mid-September so as to lock their participation for 2018. One of the Aetna spokesmen said,

“We’ve filed rates based on a contractual obligation with the state, but no final decision on our participation has been made,”

It was important for Aetna to participate on the Nevada exchange. Nevada is one the 11 states that runs its own exchange, rather than using the federal marketplace. Besides, Nevada also gives insurers extra points in the Medicaid bidding process if they agree to participate in its exchange. Hence, Aetna decided to participate in the Nevada Exchange. It will help them win a contract to offer the healthcare and Medicaid policies in Nevada state. The Nevada Division of Insurance will release insurers’ 2018 rate requests on June 20.

Though more and more companies are deciding to offer Obamacare, experts suggest that their involvement may become a major issue for the next year. Some of the renowned companies that have participated in ACA, including Blue Cross Blue Shield and Humana will withdraw their participation in 2018. This will leave tens of thousands of people in many states and counties without the ability to buy subsidized coverage on an Obamacare exchange.

This is a good news for President Trump and Republicans. That is because they are interpreting these exits as the proof that Obamacare is collapsing. However, insurance companies are blaming the uncertainty in the White House and on Capitol Hill as the main reason for their exits.

If Aetna’s case is considered, the company is discontinuing its participation from 11 states for this year and the remaining four for 2018. It said last month that it expects to lose more than $200 million in its individual business line this year, on top of nearly $700 million in losses between 2014 and 2016. According to Aetna CEO Mark Bertolini Obamacare is in a “death spiral.”