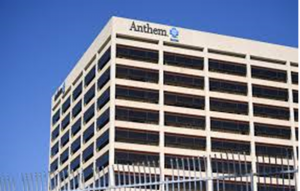 Anthem Blue Cross Blue Shield (BCBS) is withdrawing from Wisconsin’s federal health care exchange by the end of the year due to uncertainty in the individual health care market.

The company’s spokesperson said on Wednesday,

“The state’s individual insurance market remains volatile, making it increasingly difficult to price and plan coverage through the Affordable Care Act.” The spokesperson further said pointing the reason as, “continual changes and uncertainty in federal operations, rules, and guidance.”

Anthem offers individual plans both on and off the ACA’s exchanges in 44 Wisconsin counties. Starting next year, the company will only offer one off-exchange plan in one County: Menominee County.

Almost quarter of its individual subscribers from 18,500 will not be affected as they have “grandfather” and “grandmother” insurance plans.

She also said that this is a sign of uncertainty at present in the U.S. market and

“Until there’s some certainty about what the market is going to look like, it won’t be surprising to see insurance carriers more and more saying, We don’t think we can go forward in this kind of business environment that’s very uncertain. We need some kind of certainty.”

“Growing uncertainty in the health insurance market was created by Obamacare’s costly regulations, and it is causing higher premiums and a lack of options. If we do nothing, more companies will back out and more people will lose coverage. Wisconsin families expect and deserve better health care coverage options and the time to act is now.”

Democrats argued to these that,

“You can trace Anthem’s decision to the instability President Trump and Republicans in Congress have injected into the health care marketplace. Instead of working with Democrats to fix some of the issues with the ACA, Trump has decided to do everything in his power to create a volatile environment for health care plan providers and allow millions of people to potentially lose coverage.”

Even Health Tradition Health Plan is planning to withdraw from Wisconsin’s individual market while other 13 insurers plan to stay.