An NBC News/Wall Street Journal poll displays that only 23 percent of the 800 American public surveyed think the House bill to repeal and replace the Affordable Care Act (ACA) is a good idea, while a majority of 48 percent think it’s a “Bad Idea”. Remaining 28 percent of the public had no opinion.

The survey, conducted by Public Opinion Strategies/Hart Research Associates, comes as the Senate works to form its own version of health care reform, since they faced pushback from voters. The voters are worried about losing their coverage for basic services and pre-existing conditions. The Senate working committee indicates that their version of the bill would be significantly different from the House version. 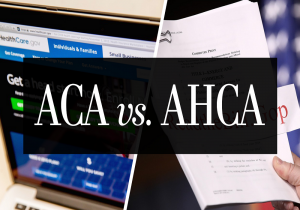 That difference of 2-to-1 is a larger gap than what the Affordable Care Act (ACA) gathered during the height of its disapproval. In the year 2013 when the rollout of the HealthCare.gov website failed due to technical difficulties, 34 percent of the public supported ACA while 50 percent did not.

Further with time ACA gained more popularity and gathered more support from the public. In February, 43 percent of the surveyed public said ACA was good, and 41 percent said it was bad.

On May 4, the House narrowly approved the AHCA in a 217-213 split. None of the democrats voted for it and the legislation has now moved onto the Senate.

Aetna announced its exit last week. The company said – “Those losses are the result of marketplace structural issues that have led to co-op failures and carrier exits, and subsequent risk pool deterioration”

Humana and UnitedHealth are other names who made an exit from ObamaCare. There are several other companies who have either withdrawn or significantly reduced the areas where they will provide coverage under ObamaCare.

Anthem and Medica are among other threats to drop outs.