Aetna CEO, Mark Bertolini said on Monday that growing through acquisitions in its existing business lines is “not high on our list” as possible growth strategies for the payer’s business lines. This comment came after its deal with Humana Inc was unsuccessful. 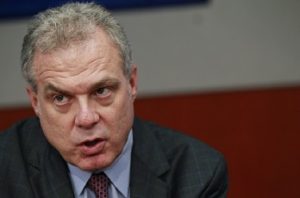 1. The comment was made by the Aetna CEO Mr. Bertolini during the UBS Global Healthcare Conference in New York City on Monday.

2. When Bertolini was questioned about his thoughts of Long Beach, Calif.-based Molina Healthcare, which recently fired its chief executive and has been discussed as a takeover target, he declined any direct comments.

3. He noted Molina’s central business is Medicaid and that there are planned cuts to the program under the GOP’s health law.

4. The statement from Aetna CEO has arrived after more than three months of Aetna and Louisville, Ky.-based Humana terminated their $37 billion merger agreement. The failure of the deal followed a U.S. District Court’s decision to block the proposed deal over antitrust concerns.

Aetna Inc. is an American managed health care company, that sells traditional and consumer directed health care insurance plans and related services. It was founded by Eliphalet Adams Bulkeley. Some of their services include medical, pharmaceutical, dental, behavioral health, long-term care, and disability plans. Aetna is also a proud member of the Fortune 100. As of 2015, Aetna Inc. reported revenues of $ 60.336 billion. Mark Bertolini is Aetna CEO from 2010, and Karen S. Lynch (Rohan) is the President of Aetna. Aetna offerings include:

All these offerings are primarily through employer-paid (fully or partly) insurance and benefit programs, and through Medicare.