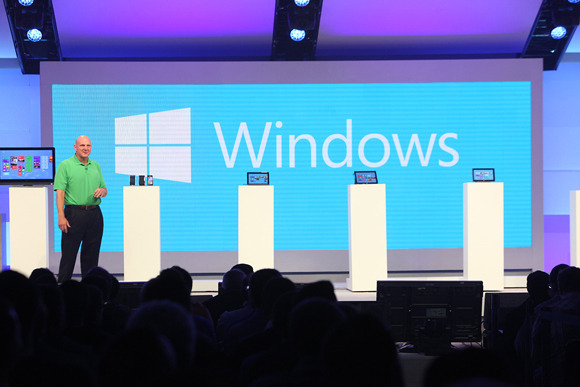 As Microsoft’s Build 2013 developer conference kicks off this Wednesday, the company faces a daunting task: To convince developers and tech enthusiasts that it remains on the cutting edge. That’s a tough challenge when you’re about to release a Windows system update that most think exists to correct nagging flaws.

Indeed, it’s hard to make a Band-Aid look like a fresh innovation.

For many consumers, the Windows 8 Start page is a crazy quilt of incoherence that’s thrust in their faces as soon as their PCs boot. This will be resolved in a new boot-to-desktop feature, but Windows 8.1 still needs to address a laundry list of other issues, and Windows watchers worldwide remain skeptical.

”I think the [Windows 8] updates have been noticed by the tech community,” said Frank Gillett, an analyst with Forrester Research. “But the mass market perception of Windows hasn’t changed that much.”

What should we expect from Build 2013? On June 26, Microsoft will provide its first preview of Windows 8.1, which should dominate discussion on the first day of the conference. On the second day, look for the conversation to turn to Visual Studio and other development initiatives.

That’s right: First and foremost, Build is a developer’s conference, and Microsoft must get software partners interested in platform support. “What I’m hoping for with Build is principally a more refined application development story with 8.1, and going out the broader ecosystem,” said Wes Miller, an analyst with Directions on Microsoft.

It all comes down to convincing developers that the new Windows ecosystem offers value—and return on investment. PCs, Surface tablets, and Windows Phone handsets represent the three legs of the hardware infrastructure, and they’re all tied together by Microsoft’s cloud of software and services.