With more than 57 million users and record of matching around 20 billion pairs, Tinder’s performance as a dating website has been unmatched until now. However, with Facebook announcing its in-app dating service, the game is set to be changed.

Experts believe that Facebook’s Dating service will impose a significant competition to Tinder and Other Dating platforms. So, basically, it is going to be Facebook vs Tinder fight with other players marginalized. Let’s see the analysis, and later on, we look at what people are talking about.

Facebook Dating Service, unlike Tinder, does not have the Instant Left Right Swipe feature. The users need to take decision based on the complete profile of the match.  The dating service uses deeper engagement with plans to integrate Instagram and Facebook stories also. It gives a real-time, real-person view instead of static Tinder profiles.

Most people are looking forward to the Dating Service from Facebook. The below graph depicts the trends of discussions on various Social Media Channels. People are having a more positive outlook on the newly launched service. Facebook To Use Its Massive Database and AI for Better Matchmaking

Facebook is a pioneer social networking application which has a massive online repository of the people information. With millions of profiles from all over the world, Facebook uses its AI features to gather trends and behavioral patterns of the people. It helps the company to enhance its matchmaking service. The service recreates the way people used to meet and date before Tinder and Dating Apps.

Social Media is Excited About the New Dating Service

Ever since Facebook announced rolling out its dating service people across social media platforms are sharing their opinions.

As per Stats from Distil Radar, there have been numerous Tweets, Facebook posts and Web Stories on Facebook Dating Service. 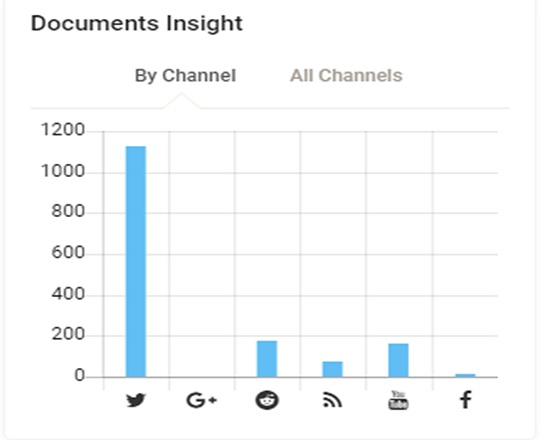 In Apps like Tinder, the profile matches are suggested based on interest areas and geographic proximity. However, the date is often with someone completely unknown. The problem with Tinder and like Apps is that there is little information available like ‘Only a picture’ and ‘small bio’. There have been cases of abuse, threat, and cheating in Tinder prominent dating culture which is more like a Blind date.

Facebook’s dating service mitigates some of these risks by introducing features of offline dating, and The Dating Profile connects singles through an algorithm based on the location, events, and groups the user has joined. The users have the option to use their Facebook page data for their dating profile like pictures, name, and location.

Security Settings to Choose With Whom to Match the Dating Profile

Users can choose security settings to match or not to their friends’ list.  A Facebook spokesperson said that the team is committed to addressing specific issues users face while using current dating services.

There have been numerous tweets, where users are talking tremendously about Facebook vs Tinder in the past few weeks. 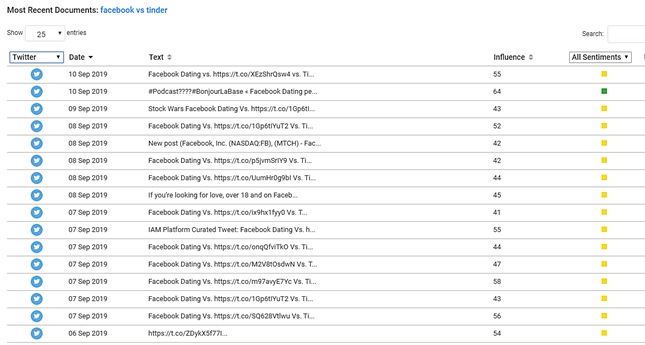 The service recreates the way people used to meet and date in the era before Tinder and Dating Apps. With a massive market share in Dating arena, Tinder has enjoyed monopoly till now, however now users feel it has a significant competition to face. The users have often speculated the dating culture in the present times using dating apps like Tinder, Bloggers, Influencers, and Youtubers are also talking about the new dating service and its impact on the Tinder on their blogs and Websites. The below snapshot shows numerous RSS feeds about the growing discussions. 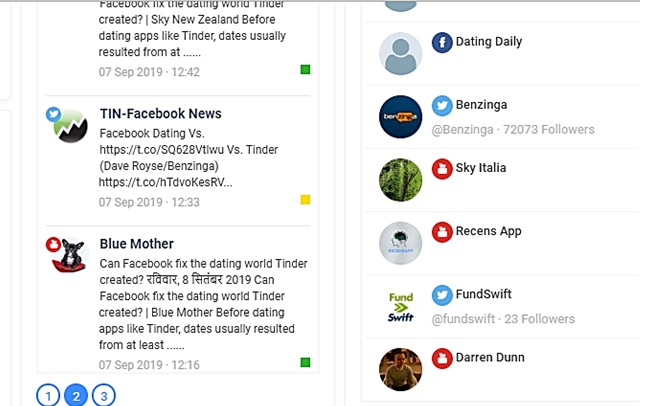 Social Media users are enthralled about the new dating service from Facebook.

Though in Facebook vs Tinder argument, people have their concerns regarding the security of their data keeping in view the recent issues Facebook faced with user data and privacy. However, Tinder is set to face tough competition in the future.