The Watson system is set to transform how businesses function and how people live their lives. 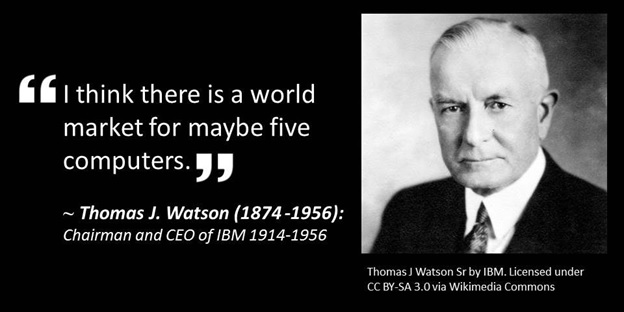 “Our goal is augmenting intelligence. It is man and machine. This is all about extending your expertise. A teacher. A doctor. A lawyer. It doesn’t matter what you do. We will extend it.”

“Their marketing and PR has run amok to everyone’s detriment.”

The splashy vision of Watson has been integral to IBM’s branding since the groundbreaking question-answering system made its debut in 2011 on Jeopardy! Watson has come to represent AI in popular imagination. Siri and Alexa may get more attention these days, but when it comes to big-data computing, Watson was the first to offer up its name, and it has remained a cocksure mascot.

IBM seems to believe the Watson brand can breathe new life into their company. Amazon, Apple, Facebook, Google, and Microsoft are all retooling their businesses around the belief that AI and machine learning are the future of the tech industry.

IBM is in a more vulnerable position than all those companies. Even though IBM was an AI pioneer it has let its lead slip and damaged its reputation with overhyped marketing. There is a rising sentiment in from tech and finance experts that, for all the idealism, Watson just can’t deliver on its promises.

“IBM Watson is the Donald Trump of the AI industry-outlandish claims that aren’t backed by credible data.”

IBM created the Watson business unit to figure out ways to use the technology to actually make money.  Now Watson represents a whole array of AI technologies built and acquired by IBM including sentiment analysis, voice recognition, and natural language processing.