Highlights on this story:

The retail apocalypse hasn’t shown a lot of mercy. Year to date nearly 10,000 stores have announced closures, according to Kevin Cody, senior consultant with CoStar Portfolio Strategy. That’s an all-time high, and its a serious blow to the job market in the retail sector. Since reaching a peak in January 2017, retail has lost more than 197,000 jobs, according to the U.S. Department of Labor.

Some, like Victoria’s Secret, are falling prey to changing times, failing to reconnect with shoppers as lingerie trends focus more on body positivity. Others, like GameStop, have struggled to compete with mobile gaming and other changes in consumer behavior.

But one of the biggest culprits, of course, is the proliferation of online sales, which accounts for 16% of total retail sales in the U.S. today, according to UBS estimates. That number is expected to rise to 25% by 2026. Based on this projection, UBS estimates the number of store closings will hit 75,000 in just six years.

Retailers getting hit the hardest include clothing brands, consumer electronics companies and home furnishing businesses. Longtime, familiar retail names, including Payless ShoeSource, Dressbarn and Henri Bendel, have already vanished into memory; other popular companies are nearing that same precipice, fighting for their survival in a hostile environment.

Here are seven companies of popular brands (though this list could easily have so many more) that find themselves at a crossroads, close to having their bones picked clean by creditors and bargain hunters at clearance sales. Some are in Chapter 11 bankruptcy already. All are in the midst of turnaround plans. Some might manage to rise up, others won’t, and still others could be acquired by competitors. 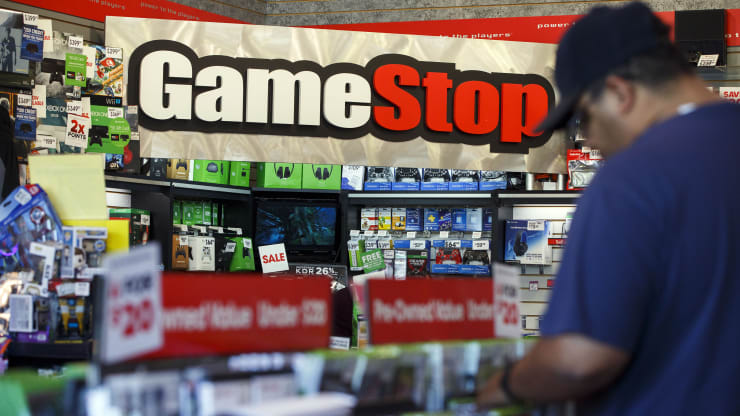 The video game retailer, which offers new and preowned video gaming consoles, accessories and video game titles in both physical and digital formats, was the hub of the video game world just a few years ago. Then console makers began to offer players the chance to digitally download games, giving them near-instant gratification on their mobile devices eliminating the risk that a store would be sold out of the title they wanted. This shift in mobile gaming has hurt the retailer.

Headquartered in Grapevine, Texas, GameStop currently operates about 5,600 stores across 14 countries, with around 4,000 in the U.S. and Canada. This is down from 7,100 locations worldwide in the third quarter of 2018.

According to its latest earnings report, GameStop’s hardware sales plunged more than 45%, its software sales were cut by a third, and both accessories and preowned games were each down 13% for the period. This sent its third-quarter currency-adjusted revenue tumbling 24.7%, to $1.4 billion.

In its earnings call, CEO George Sherman said the cause of GameStop’s dismal earnings was “the unprecedented decline in new hardware sales seen across the market as the current generation of gaming consoles reach the end of their life cycle and consumers delay their spending in anticipation of new hardware releases.”

The company is trying to regain its status as a hub, focusing on the culture of video games and making its return policy more generous. The video retailer is hoping to improve its annual profit generation by $200 million by fiscal 2021.