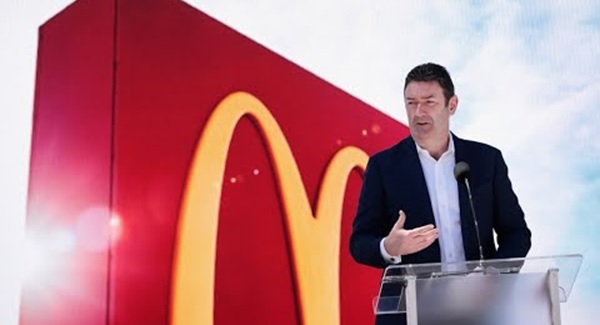 As McDonald’s fired CEO Steve Easterbrook, he mentioned in an email to employees released by the company,

“This was a mistake. Given the values of the company, I agree with the board that it is time for me to move on.”

Scrutiny of executives and their treatment of employees has escalated in the middle of the #MeToo social media movement, which highlighted examples of sexual harassment in the workplace. Chris Kempczinski is the most recent president of McDonald’s USA. He is appointed as the company’s new CEO, effective immediately. He also joined the McDonald’s board recently.

Apparently, Easterbrook is actually not the first CEO to have a consensual relationship at work. However, the non-fraternization policy at McDonald’s does not allow employees to date their direct or indirect subordinates.

Due to the global #MeToo movement, bans on workplace romances are becoming more and more frequent. Workplace relationships have become headaches for organizations. As a result, it makes sense they would want to ban them. Unfortunately, banning these types of consensual relationships will not stop anything.

Unfortunately, the fast-food chain has failed to address a sexual harassment problem at the company in the past. The group, the Fight for $15 and a Union, said in a statement,

“McDonald’s needs to sit down with worker-survivors and put them at the center of any solution. And the company needs to be completely transparent about Easterbrook’s firing and any other executive departures related to these issues.”

McDonald’s had no immediate comment on the group’s statement. McDonald’s has faced claims in so many past years of disregarding sexual harassment in the workplace and fighting back against employees who spoke up about it.

The company has pointed to a new announcement of a training program for safe and protected workplaces. It is supported by more than 2,000 franchisees. Kempczinski mentions that it is the responsibility of the company and franchisees to take action on this issue.