Visitors finally took their first steps inside the American Dream mall on Friday.

The mall, located by MetLife stadium in East Rutherford, New Jersey, was once called “the ugliest damn building in New Jersey and maybe America,” by former New Jersey Gov. Chris Christie. Construction has been on and off for several years, after hitting several road blocks in everything from funding to lawsuits from the NFL.

More than 17 years later, CNBC got a peek inside the partially opened center. (Only the ice rink and Nickelodeon theme park are open as of now.)

An estimated 2,500 people visited the mall on Friday, according to an American Dream press release. They waited in long lines for everything from food to rides — and to take their pictures with characters like Spongebob.

On Friday, some parking spots we saw cost up to $45. On its website, American Dream lists parking prices listed for $3-$24.

“There’s that great line, ‘I don’t know how to define it, but I’ll know it when I see it.’ This feels like it’s a success,” he said.

The mall-and-park complex will eventually feature a LEGOland, a movie theater and a ski-park. The indoor water park will open on Nov. 27, and the rest of the shopping center will open in March 2020. The 3-million-plus-square-foot space will eventually be 55% entertainment and 45% retail.

Mall retailers will still face challenges, due to Bergen County’s “blue laws” that don’t allow shops to open on Sundays.

The theme park portion of American Dream has been in the works since July 2012, and the center was issued a temporary certificate of occupancy on Thursday.

The total price tag of the center is estimated at $5 billion.

Here’s a look inside the Nickelodeon theme park: The park has rides for all ages: 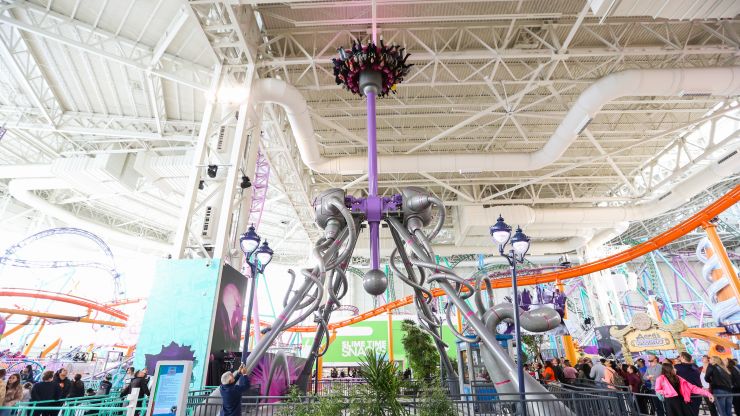 A father and his kids enjoying the theme park: Some of the over 35 rides and attractions are still waiting for approval to open: 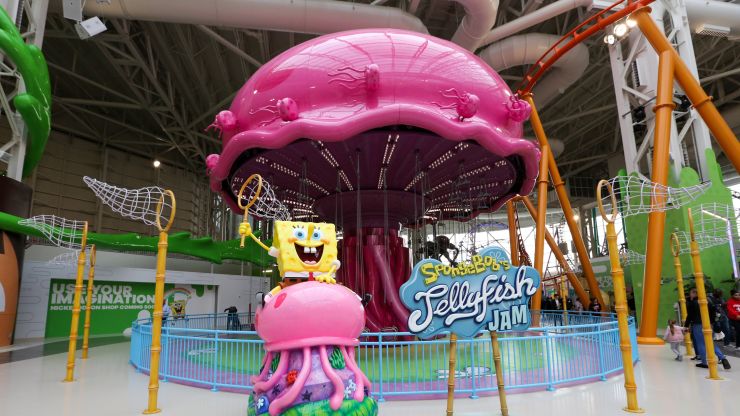 The final touches are still being put in place: 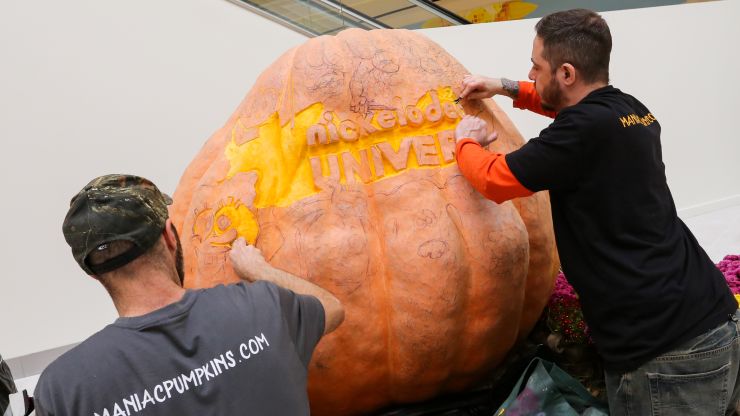 Boots, a character from Dora the Explorer: