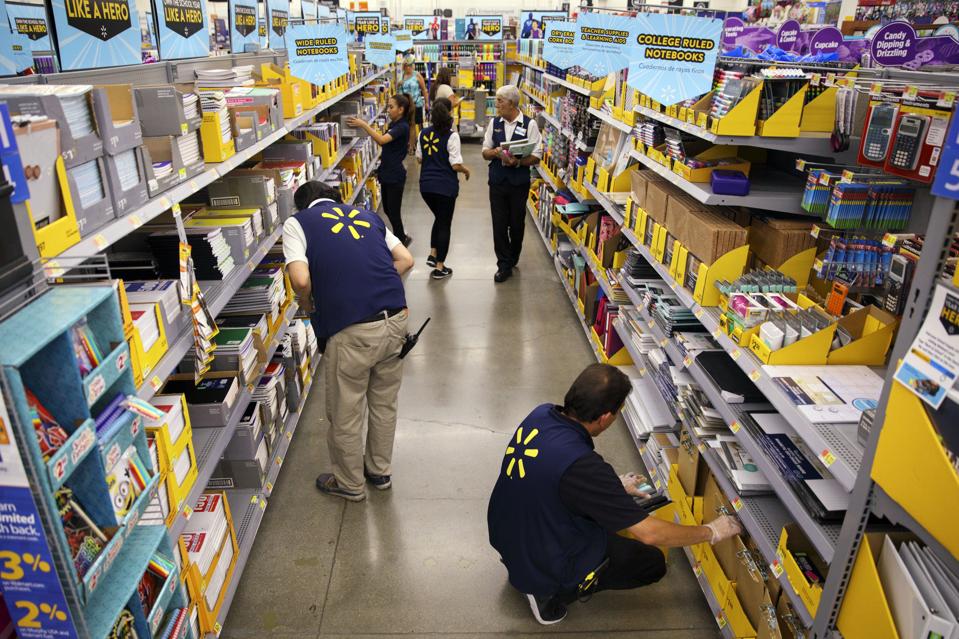 A test of shelf-scanning robots in a small number of stores has gone well enough that Walmart has announced it will add the units to 50 additional locations.

The robots, which are about two feet tall, use a camera to determine if items are out of stock, have wrong prices or are missing labels. The information is transmitted to store management so personnel can address problem areas. Walmart, which has been criticized in the past for out-of-stocks, said it is keen to use automation “to handle tasks that are repeatable, predictable and manual.”

The retailer contends that the robots will free up human associates to spend more time serving customers. Walmart has said that the rollout of the technology to additional stores was informed by input from associates and customers at the initial test locations in Arkansas, California and Pennsylvania. The same would be true for any further expansion of the technology.

Walmart is not the only retailer testing robotics to scan shelves to reduce out-of-stocks. In July, Schnucks Markets announced it was running a pilot at three of its stores. The robots were deployed three times a day (morning, afternoon and night) to send real-time information to store associates. The devices were programmed to avoid busy aisles and to stop moving if customers approached.

In an online discussion last week, many on the RetailWire BrainTrust saw the shelf scanning robots as a workable solution to some longstanding problems big stores have faced.

“If robots are conducting these mundane tasks, that frees up more employees to stock shelves, work registers and organize the back room all things that enhance the shopper’s experience,” said Seth Nagle, senior marketing manager at RW3.

“These robots could potentially serve to fill a void between actual inventory and inventory represented in their inventory management system (and ultimately what is shown as available online),” said Jackie Breen, director of marketing at Deck Commerce. “As retailers expand their omnichannel strategy, they must identify efficient means of accurately keeping track of inventory in real time technology like robots could play a large role.”

“Retail staff are often pulled in many directions,” wrote Cate Trotter, head of trends at Insider Trends, “so offloading certain fixed tasks will certainly make their life easier and should make them more available to improve customer service.”

But Ms. Trotter and others noted that the widespread use of shelf-scanning robots could also adversely impact employees.

“The question is, how far will the automation go and what will the reality be for staff?” asked Ms. Trotter.

“As other retailers introduce robots doing tasks in their stores, I think we may find the bean counters looking at how they can cut back staff, and that would be a mistake,” said Art Suriano, CEO of The TSi Company.

Some saw jettisoning staff in favor of robots as an inevitability.

“While we all agree that the human factor is important to retail when robot ubiquity is reached, their capabilities expanded, and technology costs reduced, expect many retailers to find it difficult not to cut floor staff, to their own detriment or not,” wrote consultant Ken Lonyai.

At least one BrainTrust member is skeptical about the pilot’s success.

“To date, the robots can only point out an out-of-stock situation,” said Ryan Mathews, CEO of Black Monk Consulting. “It takes a human to rectify the problem. So stocking levels still depend on humans in the end. And that may be a problem since these are presumably the same humans that didn’t replenish inventory on their own.”