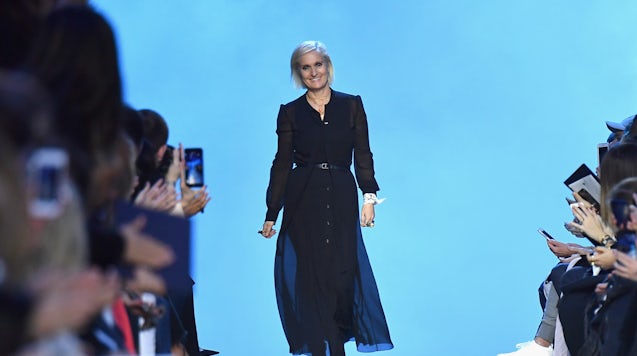 The two-part deal will give LVMH full control over the Christian Dior Couture business, which has an enterprise value of €6.5 billion.

LVMH announced on Tuesday that it plans to integrate the entire Christian Dior brand within the luxury group, as part of a two-pronged strategic deal to strengthen its fashion and leather goods division. In total, the deal is valued at around $13 billion.

In part one, the Arnault family group has offered to buy the 26 percent of Christian Dior it doesn’t already own for €172 per share in cash and 0.192 Hermès International shares for each Christian Dior share.

The deal fuses together the entire Dior brand, creating further synergies between Christian Dior Couture and the Parfums Christian Dior, the latter of which is already fully owned by LVMH.

Revenue for Christian Dior has doubled over the past five years and its profitability has improved over the same period, with an increase in operating profit from recurring operations of 24 percent per year. For the last 12 months ended March 31, Christian Dior reported revenue in excess of €2 billion and profit from recurring operations of €270 million.

Bernard Arnault, chairman and chief executive, said the move illustrated the commitment of his family group towards LVMH and its brands. “The corresponding transactions will allow the simplification of the structures, long requested by the market, and the strengthening of LVMH’s fashion and leather goods division thanks to the acquisition of Christian Dior Couture, one of the most iconic brands worldwide,” he said in a statement.

Luca Solca, head of luxury goods at Exane BNP Paribas, said he sees a number of positives in the deal. “It adds a strong brand to the LVMH portfolio at a reasonable valuation and on an accretive basis,” he said. “It reduces the risk of LVMH potentially buying ‘trophy assets’ at the expense of ROIC dilution.”

LVMH expects the filing of the proposed offer by the end of May, with the acceptance period lasting around three weeks.