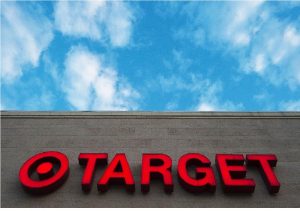 Get ready for a pricing war.

Taking a page straight from Wal-Mart’s playbook, Target on Tuesday said it will invest to ensure it is “clearly and competitively priced every day.”

Starting this year, Target will invest $1 billion in operating profit annually through 2019, with about $400 million dedicated to gross margins, Cornell said. Target also plans to invest about $7 billion in capital over the next three years.

Part of these investments will include slashing prices on its goods, but the company also plans to add more than 100 small format stores by 2019 around urban areas, dense suburbs and colleges.

The news comes as rival Wal-Mart has been investing money to deliver lower prices to shoppers and Target has struggled to revive its sales. Earlier Tuesday, Target posted earnings and sales that missed expectations. At its meeting with the financial community, Target plans to outline its strategies to revitalize the business.

Target’s stock price sank more than 13 percent in early trading, putting it on pace for its worst day since Aug. 31, 1998, when the company shed more than 16 percent.

“While the transition to this new model will present headwinds to our sales and profit performance in the short term, we are confident that these changes will best position Target for continued success over the long term,” Cornell said in the company’s earnings release.

Target has struggled to keep pace with Wal-Mart, which has been pouring money into its stores, employees and digital operations. While these initiatives have weighed on Wal-Mart’s bottom line, they’ve helped jump-start its revenue.

Meanwhile, Target has had trouble bringing shoppers into its stores, narrowly avoiding a third-straight quarter of lower traffic during the holiday period. Though several factors have weighed on Target’s performance, the company has listed a marketing strategy that didn’t adequately emphasize its prices as one culprit.

Target has grappled with finding a balance between communicating value and style, after skewing too heavily toward value after the recession. The company tried to reverse this trend during the holiday season, increasing the amount of marketing that spoke to value by about 20 percent.

“Target’s decision to absorb some hits to profits in 2017 due to price investments, and the acceleration of investments in physical assets and new brands, as well as online, are sensible long-term strategic moves to enhance its competitive position, and recognize the changing landscape of retail,” Moody’s analyst Charlie O’Shea told investors.

“Due to its historically balanced and disciplined financial policy, we believe Target has the wherewithal from a credit perspective to bite the short-term profitability bullet that will result from this strategy,” he continued.

Target on Tuesday reported sales and earnings that missed Wall Street’s expectations, as unplanned markdowns weighed on its margins. The retailer expects another challenging year in fiscal 2017, forecasting a low-single-digit decline in sales at its established stores.