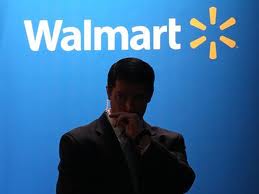 There is no doubt within retail that merged channel/omnichannel is taking over and taking over at a very rapid pace. But the hard data is still a startling reminder of how fast the environment is changing. For example, Asda, Walmart’s (NYSE:WMT) U.K. grocery subsidiary, has released figures that it is expecting that 75 percent of all of its customers this holiday season will be coming in through multiple channels. One year earlier, that Asda figure had been 57 percent and it had been 29 percent during the same holiday period in 2011. And this is a grocery chain, a sector that arguably has some of the most technologically-resistant shoppers in retail.

“We have astonishing numbers for the growth of our click-and-collect services. The percentage of sales [it accounts for] is growing exponentially,” said Asda chief marketing officer Stephen Smith. “Make or break for everybody this Christmas will be around multichannel (and) who offers the best access to products and as many options as possible to shop any way customers want to.”

The Walmart subsidiary is hoping these merged channel figures stay strong as it needs to justify an almost $1.1 billion (U.S.) investment in the chain’s online and in-store merged channel efforts, including same-day food delivery for later this year. The grocer already offers a food click-and-collect service in 100 stores and has announced plans to increase that to 250 by the end of the year. Non-food click-and-collect is available in all 568 stores via counters, and Asda last month rolled out order kiosks and collection lockers at 20 stores. The grocer is also considering installing lockers in locations including train stations and universities.