Two recent reports regarding use of telehealth paint a mixed view of the technlogy’s progress in the healthcare industry.

While adoption of telehealth is on the rise since 2017 for inpatients providers, for outpatients it has largely remained flat. That’s according to Definitive Healthcare, which conducted online surveys in May-June.

“The increase in adoption from this most recent study signifies a clear indicator that healthcare organizations are working to incorporate new telehealth solutions and services to help facilitate patient care, communicate with clinical colleagues and provide patients/consumers better access to care,” the report concluded.

By contrast, the outpatient provider survey found that between 2018 and 2019, telehealth adoption remained flat with around 44 percent of respondents reporting that their organizations use a telehealth service. But compared to 2017, it showed a 5 percentage-point drop when around 49 percent reported using a telehealth service.

For the inpatient study, Definitive Healthcare received 160 responses from leaders ranging from the director level to the C-suite. Of them, 28.6 percent represented academic medical centers whereas the rest identified themselves as belonging to a critical access or rural hospital or health system.

Telehealth models being used by inpatient and out patient providers

Both inpatient and outpatient providers depend largely on a hub and spoke model. 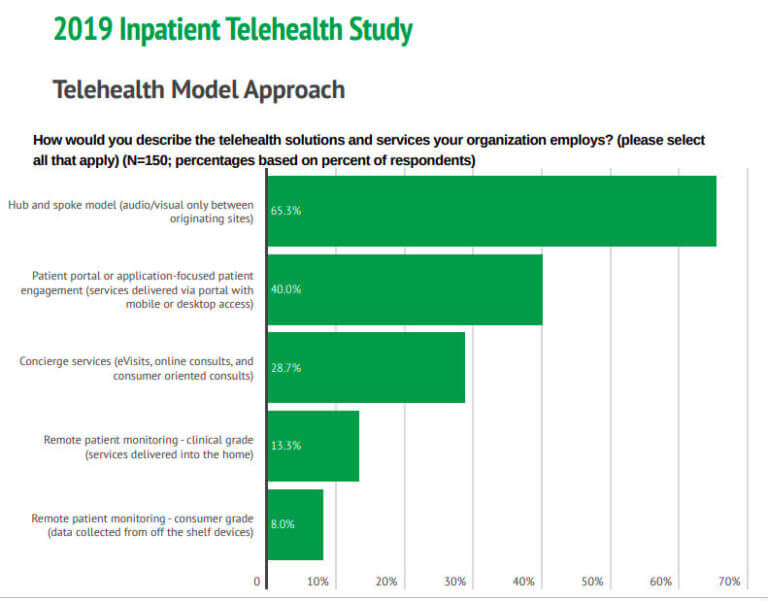 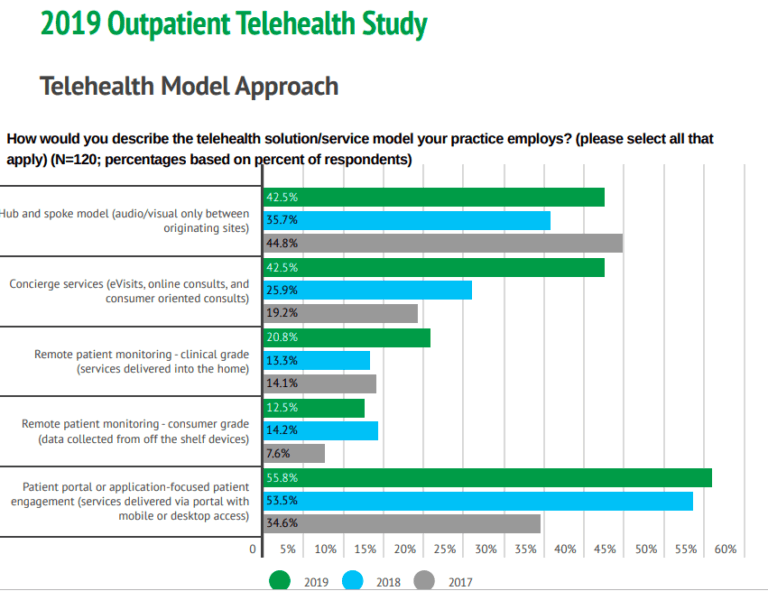 Telehealth technologies being used by inpatient and providers

For both kinds of organizations and healthcare settings, physician-to-patient encounters using webcams is the most widely used and popular telehealth technology. That’s because reimbursement hurdles for these technologies are being overcome and the report indicates the trend will continue. 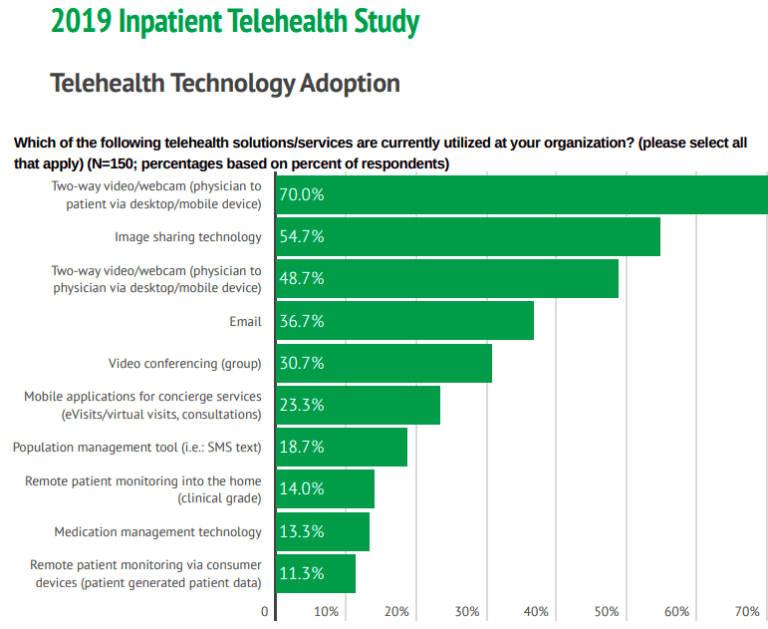 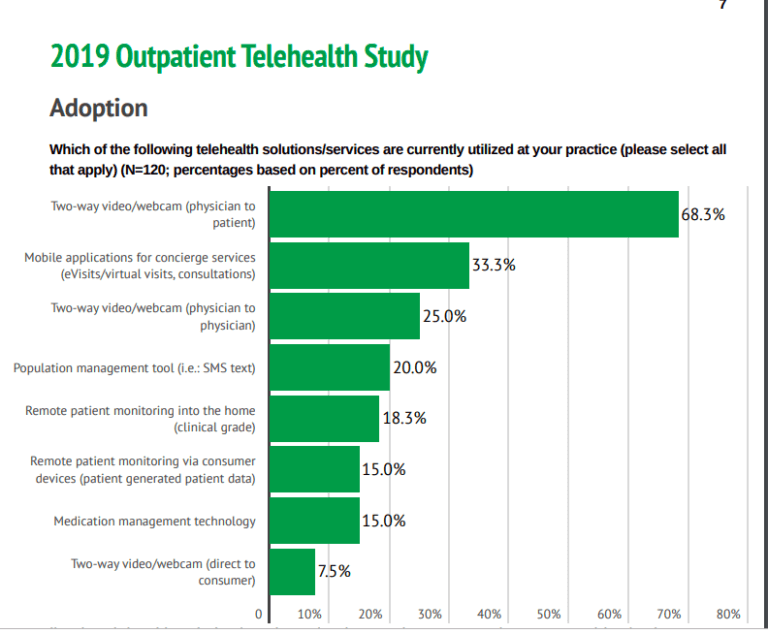