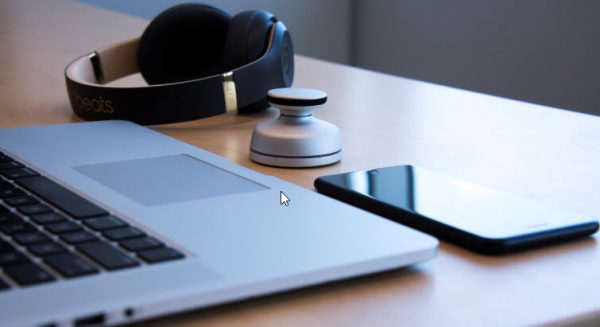 A handful of digital stethoscopes that have secured FDA clearance are devices that seek to deepen the clinical data physicians collect from their patients but also make it easier to share that data for consults, second opinions, and remote monitoring. Brisbane, Australia-based business M3DICINE, which also has an office in Boston, is the latest example of this trend following in the path of other companies such as Eko Devices, TytoCare, and Rijuven.

M3DICINE’s Stethee device is designed to be used by clinicians, but also has settings designed for veterinary medicine and medical education.

In response to emailed questions, M3DICINE Founder and CEO Nayyar Hussain said the device and companion apps with a machine learning component were cleared in October last year.

“The FDA clearance was based around providing clinical and technical validation that Stethee is equivalent to a digital stethoscope, and the FDA approval of a digital stethoscope is fundamentally based on it being equivalent or better than a non-digital stethoscop. However we also undertook a clinical evaluation trial at the Royal Brompton Hospital in London (across the hall from the room where Alexander Flemming worked on Penicillin). The outcome of the evaluation trial showed that it took on average 4:36 for a cardiologist to capture 4 data points, (still subjective) and it takes Stethee only 20 seconds to capture 16 data points of quantitative and objective data.”

Hussain noted that Stethee goes beyond the capabilities of a traditional stethoscope, such as reporting back systole and diastole duration as well as tagging geolocation and environmental data every time a sample is recorded.

“We are focusing on much more than simply amplifying heart sounds. We aren’t playing the ‘better stethoscope game.’ We are changing the game,” he said.

M3DICINE’s Stethee device is expected to hit the market next month. In the meantime, the business has research agreements with Sinskey Labs at MIT, Queensland University of Technology, University of Malaysia and professors and researchers at Texas A&M, Australia Zoo Hospital, University of Sydney, and Texas Heart and Mayo Clinic.

Eko Devices received 510 (k) clearance for its CORE digital stethoscope in 2015. The device wirelessly streams heart sounds to a smartphone app and integrates heart sounds directly into the patient’s electronic health record. Last year the company secured clearance for a second device, DUO, which is designed to be used by patient to record heart sounds and do a remote EKG test from home. It could also be prescribed to heart disease patients by physicians to support remote monitoring, not only to engage patients in their health but also to reduce readmissions. Among the clinical applications are calculating time intervals and pattern recognition to detect heart abnormalities such as arrhythmias, heart murmurs, and valvular heart diseases. It could also help physicians assess the impact of certain drugs on patients’ cardiac conditions and has relevance for telemedicine.

TytoCare developed a digital stethoscope designed to support telemedicine with patient facing product TytoHome and clinical facing product TytoPro. Although the Israeli company’s initial target audience was pediatricians and parents, TytoCare, which has offices in Netanya and New York City, has since broadened its customer base to include adult patients. It recently partnered with Miami Children’s Health System to support telehealth services for patients. But shortly after its device received FDA clearance, TytoCare inked a partnership with American Well to combine video telehealth visits with remote examinations.

Rijuven developed a device that was designed to convert traditional stethoscopes into digital ones through what it refers to as the CardioSleeve. It received FDA clearance in 2013. The business later developed a digital cardiac program geared for patients being discharged from the hospital following a cardiac event. Vytelex is a way for patients to do daily heart failure assessments that can be remotely monitored by clinicians.