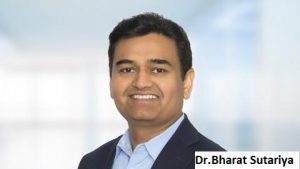 Cerner Corp. may save lives and create new opportunities by early detection of deadly sepsis, a bacterial infection that has entered the bloodstream.

Sepsis affects as many as 750,000 hospitalized patients in the U.S. every year, according to the Centers for Disease Control and Prevention. The average cost per patient was estimated at $28,000 in 2014.

“If you detect early and start treatment, you have massive improvement in health care outcomes and reductions in mortality,” said Dr. Bharat Sutariya, chief medical officer for population health at the North Kansas City-based company. “We’ve been fortunate enough to show through outcomes that we are nationally leading. We’ve been fortunate that our passion has gone into real life change.”

Cerner (Nasdaq: CERN) developed its St. John Sepsis Surveillance Agent in 2010, using cloud computing and data analysis to screen patients at risk for sepsis. The system was created soon after Cerner co-founder and CEO Neal Patterson’s sister-in-law, Linda, died from strep pneumonia sepsis. It has since been implemented in more than 550 U.S. hospitals.

“You’re slowing the disease progression and deterioration of the patient,” said Dr. Robert Amland, a population health solution strategist for Cerner. “It’s this slippery slope, this cascading, that we’re trying to stop clinically.”

Early detection is crucial because although most patients recover from mild sepsis, those who enter septic shock face a 50 percent mortality rate. Amland said a New York health system that implemented the system saw a 30 percent reduction in the risk of adverse outcomes after the first year.

A study Sutariya and Amland published Monday in the American Journal of Medical Quality found that the St. John Sepsis Surveillance Agent performed better than qSOFA, a national protocol to identify patients with a suspected infection who are likely to deteriorate into severe sepsis.

“The science Cerner has advanced is far ahead of the latest national protocol,” Sutariya said. “We have actually invented new criteria and improved existing criteria. Then we look at evidence-based guidelines to say here’s how you address that risk.”