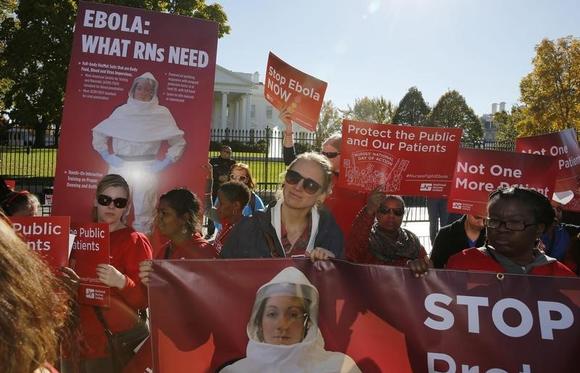 (Reuters) – The worst Ebola outbreak on record, and its spread beyond West Africa, has accelerated changes in how U.S. hospitals address the threat of infectious diseases, say health IT companies and industry experts.

After more than five years and a $25 billion investment of federal money to move U.S. medical records out of paper files and into computers, doctors say the systems lack analytical functions, don’t allow them to share information with colleagues in other practices and require too much time to enter data.

They say the limitations are affecting patient care and that fixing the system will take years.

But the first diagnosis of an Ebola case on U.S. soil in late September has prompted improvements in some areas of electronic record-keeping, particularly when it comes to alerting doctors about patients most vulnerable to a disease outbreak.

Software providers such as Cerner Corp have rushed to add screening questions about travel history and Ebola symptoms to their systems, based on guidelines from the U.S. Centers for Disease Control and Prevention.

How a patient answers questions can prompt advice on next steps, such as immediate isolation, or trigger an alert to notify other hospital staff of risks, said Dr. Brian Anderson, senior manager of clinical content at software provider Athenahealth Inc.

Lessons from Ebola are being applied to other public health threats. Athenahealth analyzes its data to identify patients at higher risk for infections such as enterovirus D68, a strain that has led to severe respiratory illness in scores of U.S. children this year.

For example, it might send email alerts to asthma patients who are susceptible to becoming ill with the virus, advising them to be on alert for symptoms. Such data mining can also help spot regional outbreaks of disease and warn hospitals of what may lurk around the corner.

“It’s an emerging opportunity that Ebola has really brought to light,” Anderson said. “We’re actively looking for public health departments that want this data and want to partner with us to use it.”

Divan Dave, chief executive of OmniMD, said his company is creating a database of protocols covering more than 80 percent of the world’s diseases, aiming to keep doctors up to date with the latest medical advances.

Texas Health Presbyterian Hospital in Dallas was widely criticized for turning away Liberian Thomas Duncan when he first arrived in the emergency department with a high fever. Two days later he was confirmed as the first Ebola case detected in the United States but died after about a week.

The hospital has updated its software to display travel risks more clearly, including adding a big red box for highlighting that information.

The Ebola threat has since figured prominently in weekly phone meetings with software developers about improving use of electronic records, said a spokesman for the office of the National Coordinator for Health IT, a role created by the White House in 2004 to oversee the transition of medical note-taking.

Such improvements are still a far cry from satisfying the demand for better data-sharing capabilities to help doctors with routine care.

“We are losing lives, and billions of dollars, by not having interoperability,” said Marc Probst, chief information officer for Intermountain Healthcare.

His hospital system and a group including Mayo Clinic, Beth Israel Deaconess Medical Center and software providers Cerner, Athenahealth, McKesson Corp and Epic this month announced they will collaborate to develop data-sharing standards.

When his wife was diagnosed with breast cancer a few years ago, she was handed a stack of papers and a CD-ROM containing her X-rays to carry to a hospital in a different network.

“Instead of the information highway, what we have is the turnpike,” Halamka said.