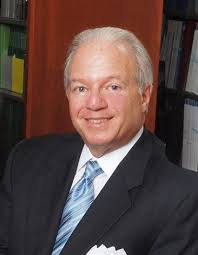 During his tenure, Corvino has advanced Greenwich Hospital’s performance clinically, operationally and as an employer of choice. Greenwich Hospital has become a premier healthcare facility with a national reputation for exceptional patient experience, as evidenced by the hospital’s receipt of the prestigious Summit Award from Press Ganey Associates for five consecutive years. In addition, patients have rated Greenwich Hospital the top acute care hospital in the tri-state region in overall satisfaction and willingness to recommend.

“I have been privileged to serve the Greenwich community for over 25 years and honored to work alongside some of the best physicians and staff in the country,” said Corvino. “While this was a very difficult decision for me and my family, I am leaving at a time when patient care and safety is at an all-time high and the Hospital is well positioned for the future.”

Corvino has been a pioneer in healthcare, embracing advances and opportunities before they were realized by others. His recognition of the value of being part of a system brought Greenwich Hospital into the Yale New Haven Health System in 1998. Reflecting his vision about the importance of a modern, comfortable environment in which to provide patient care, Corvino launched two $70 million campaigns, resulting in the opening of the Leona and Harry B. Helmsley Medical Building in 1999 and the Thomas and Olive C. Watson Pavilion in 2006.

Corvino has been committed to the hospital’s role as a community partner and service provider. He currently serves on the boards of the Connecticut Hospital Association, Greenwich Emergency Medical Services, ONS Foundation and Cabrini Elder Care in Westchester. He has received numerous awards, including the Ellis Island Medal of Honor and the Malcolm T. MacEachern CEO Award, and has been honored by the Columbus Citizen’s Foundation as well as many other organizations.

Yale New Haven Health System will conduct a national search for Corvino’s replacement with the goal to have his successor in place before the end of the year.

Greenwich Hospital is a member of Yale New Haven Health System (YNHHS).Greenwich is a 206-bed (includes 32 isolettes) community hospital serving lower Fairfield County, Connecticut and Westchester County, New York. It is a major academic affiliate of Yale School of Medicine. Since opening in 1903, Greenwich Hospital has evolved into a progressive medical center and teaching institution representing all medical specialties and offering a wide range of medical, surgical, diagnostic and wellness programs. Greenwich Hospital is recognized throughout the healthcare industry as a leader in service and patient excellence.www.greenwichhospital.org