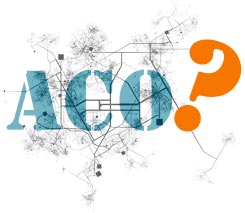 When a healthcare organization decides to adopt an accountable care model, what costs are associated with getting an accountable care organization (ACO) off the ground? That is the subject of a recent survey conducted by the National Association of ACOs.
The costs of starting up of ACO are neither as low as the figure estimated by the Centers for Medicare & Medicaid Services (CMS) nor as high as the one projected by the American Hospital Association — $1.8 million and $11.6–$26.5 million, respectively. At the time of the survey’s publishing, CMS had only released interim results and no overall estimate of results.
The survey of A35 COs participating in the CMS Medicare Shared Savings Program indicates an average of $4 million dollars for these organizations to initiate and sustain their operations over the first two years of existence:

The average actual start-up costs of the respondents in the first 12 months of operation were $2.0 million with a range from $300,000 to $6,700,000. Since savings are slow to flow as result of data and complex reconciliation process, ACOs will have almost a second full year of operations until their cash flow can be replenished with shared savings from CMS (if any). This means that the average ACO will risk $3.5 million plus any feasibility and pre-application costs. We estimate that in total, ACOs on average will need $4 million of startup capital until there is a chance for any recoupment from savings.

The estimates beg the question: How are ACOs then coping during first year of operation? According to estimates from the ACOs surveyed, a wide range of gains and losses occurred, with gains reaching $9 million and losses nearing $10 million:

A breakdown of the challenges ACOs faced during their first year reveals widespread problems dealing with CMS data, particularly in accessing and processing this information. Forty percent of surveyed MSSP ACOs reported this problem. This was followed by quality reporting, IT operations, and uncertainty about their progress as an ACO, which were each reported by 11 percent of ACOs.
The survey provides further breakdown of the IT costs incurred by these ACOs, costs which vary according to the number of beneficiaries served and the types of services (internal v. external). ACOs serving between 16,000 and 25,000 beneficiaries expended the greatest amount of resources: nearly $900,000 for internal staff and equipment and more than $725,000 for external vendor contract costs.
Date: January 28, 2014
Source: ehrintelligence.com