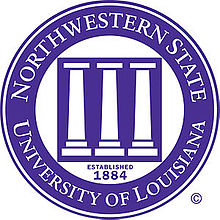 Nova Southeastern University is pushing to be the site of Broward’s first academic research hospital on a university campus: a 100-bed state-of-the-art facility that will use scholarly student work to complement patient care.

NSU and HCA East Florida unveiled Monday plans to build a $120 million hospital on the Davie campus where students could shadow practitioners, work with patients and get a real taste of the medical profession simply by crossing the street.

“Instead of us going to the hospital, they’re bringing the hospital to us,” said nursing student Rolando Norman, 22.

HCA East Florida will file a certificate of need with the state next month to get approval for building and operating the hospital along University Drive and Southwest 36th Street. If approved, the hospital would be built entirely with private dollars and benefit more than 15,000 undergraduate and graduate students pursuing health sciences at the university. It would offer full services to residents all over South Florida, but specifically target neighboring communities.

“What we need in this community is middle and upper income jobs, and the health care professions are the way to do it,” said George Hanbury, president and chief executive officer at NSU.

HCA East Florida, an operator of hospitals and health care systems, said it expects the state to decide by December whether to approve the facility. It would weigh factors such as the number of hospitals in the area, occupancy rates, community need and research capabilities, said Michael Joseph, president and CEO of HCA East Florida.

Hanbury called a hospital the missing piece of the university’s medical department.

“It lacks something that every doctoral research university must have, a hospital,” he said. With a facility, “undergraduates and graduates will have an opportunity that they don’t have now to really experience a multitude of health care fields.”

Now, medical students must apply to various hospitals all over Broward County.

Along the 31-acre site, Hanbury also plans to add residential areas for hospital workers, retail space and ultimately a hotel next to the hospital. The area, called the Academical Village, currently houses a strip mall that would be torn down.

At other hospitals, students may not have as much access or opportunities, she said.

In 2005, NSU applied for a $200 million teaching hospital with North Broward Hospital District but was turned down. It hopes the new focus on specialized research will get the hospital approved.

In the meantime, HCA East Florida will begin immediate construction on a 10,000-square-foot emergency room that could one day connect to the larger hospital. The ER does not require state approval to open and will be in the strip mall between Pier 1 Imports and Bank of America.