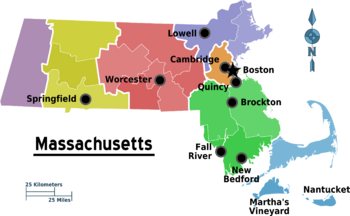 Last week, the Massachusetts’ Secretary of Health and Human Services, John Polanowicz, announced the launch of a new $5 million program designed to detect and prevent provider fraud, waste, and abuse in MassHealth, the Commonwealth’s Medicaid program.  Under the MassHealth anti-fraud program, the Medicaid agency will freeze payments to health care providers with suspicious Medicaid claims pending further investigation by state agencies.  This state-based program mirrors the Centers for Medicare & Medicaid Services’ use of payment suspensions at the federal level under the authority of Section 6402(h) of the Patient Protection and Affordable Care Act (“ACA”).  In fact, the federal government is providing a majority of the funding for the MassHealth anti-fraud program.

MassHealth, like other Medicaid programs, is supported by both federal and state funding.  Each jurisdiction’s “State Plan” details how a state will contribute its share to the implementation of the Medicaid program to serve the needs of its population.  The federal government then provides matching funds, (the Federal Medical Assistance Percentage, or “FMAP”).  Inevitably, part of the funding goes toward program integrity efforts and enforcement.  Thus, the anti-fraud program is expected to generate significant cost savings for the Commonwealth and the federal government by preventing fraud, waste, and abuse.

Acting MassHealth Director Kristen Thorn stated: “MassHealth is focused on bringing the same innovative thinking to our program integrity efforts that we bring to our work to expand access, improve quality, and reduce costs . . . . This system will allow MassHealth to stop the cycle of pay and chase by blocking the payment of suspicious claims before the check goes out the door.”

State officials indicated that the new program will use predictive modeling software similar to that used by banks and credit card companies, using algorithms to build provider profiles of suspicious billing patterns and assigning risk scores to potentially inappropriate claims.  Investigators will review each high-risk claim before providing reimbursement.  When alleged fraud is detected, MassHealth will refer the case to the state Attorney General or Auditor for investigation.

MassHealth will have the ability to further enhance its program integrity capabilities through changes to the Health Information Exchange Integrated Eligibility System (HIX/IES) as part of the ACA.  The Commonwealth currently has plans to develop an innovative HIX/IES that will give MassHealth access to real-time state, federal and private databases to improve data verification checks.

As stated in a previous blog post and Mintz advisory, program integrity is increasingly using data-focused analysis to prevent fraudulent claims from draining government coffers.  The MassHealth Program, along with the new ability for state Medicaid Fraud Control Units (MFCUs) to use federal funding to pay for data mining, are just the two most recent examples of these efforts.

According to Ellen Janos, a former Assistant Attorney General in the Commonwealth’s Medicaid Fraud Control Unit and current Member of Mintz’s Health Law Practice, “Massachusetts already has a strong arsenal of tools to detect and prevent provider fraud.  A program that freezes payments based on predictive modeling must be carefully deployed, or a significant amount of litigation may ensue.”