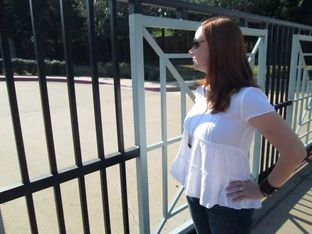 Athena Mason’s first doctor’s visit as a student at Texas A&M University was a bit awkward. She had gone in for a basic checkup, but the physician noticed something else.

“I had a hickey and the doctor was just like, ‘You shouldn’t be doing that,'” Mason said. “And I’m like, ‘It’s a hickey, it’s nothing major.’ But I got a big lecture my boyfriend was abusive and all of these things. And then I asked for birth control, and I did not hear the end of that. So I said never mind, I’ll go someplace else.”

That experience led her to the Planned Parenthood clinic in Bryan. But on Aug. 1, that clinic closed. Mason now drives three hours to her home in Fort Worth to see a doctor. She knows she’s lucky to have that option.

“A lot of my friends have come up to me and they’re like, ‘Oh my gosh, I had an appointment next week, but it’s closed now and I didn’t even know,'” she said.

The Bryan clinic was one of two abortion and women’s health providers in Texas that closed last month. All of the closing clinics cited the state’s new abortion law — which makes Mason and Bryan resident Cadence King collateral damage from the new legislative restrictions.

“If there’s a woman who has reached a decision, she needs an abortion, she’s going to find a place to go,” King said. “There’s going to be a place that she can go. Yeah, she’s going to have to drive, and that’s supremely unfortunate. But overall, the majority of women that are going to hurt are the ones that need just the routine health care.”

Anti-abortion groups argue there are still plenty of doctors and clinics available to help women find a new provider. The group Pro-Life Aggies ran a full-page ad in the Texas A&M newspaper offering alternatives to the closed Planned Parenthood clinic. But many weren’t taking new patients — or worse, King said, didn’t deal with women’s health at all.

“There’s a long list of providers here in town,” she said. “They consist of podiatrists and optometrists — and my eyes and my feet are fine.”