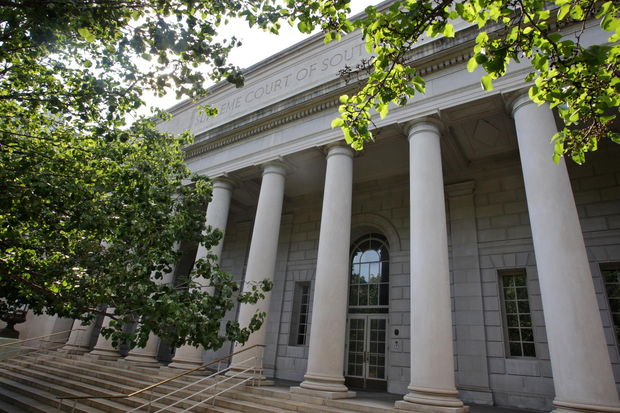 If no one enforces a law, do you have to follow it?

That’s the question that will likely be before the S.C. Supreme Court after the state Department of Health and Environmental Control filed a lawsuit Monday over the state’s Certificate of Need program.

In South Carolina, new hospitals or nursing homes cannot open, and they, along with doctors, cannot make big equipment purchases unless DHEC says they can. State law requires any new hospital or nursing home to have a certificate of need, and DHEC is the state agency that reviews and approves those applications.

But last week, Gov. Nikki Haley vetoed – and the House sustained – the $1.7 million DHEC spends to enforce the state’s certificate of need law. On Friday, DHEC director Catherine Templeton – who was once on the governor’s short list to replace former U.S. Sen. Jim DeMint – officially suspended the program, telling hospitals and nursing homes they could do whatever they want. In a letter, Templeton promised not to penalize health care providers who expand while the program is suspended “unless instructed otherwise by the General Assembly.”

That letter has caused confusion among some of the state’s largest health care providers who are locked in expensive disputes over various pending projects.

• In Berkeley County – the state’s largest county without a hospital – DHEC said Trident Health System and Roper St. Francis Health Care could both build a 50-bed hospital, but Trident Health appealed, arguing the county only needed one hospital. That case is pending before the court of appeals.

• In Allendale County, DHEC said Tri-County Home Health Care could operate a home health agency to care for the homebound. But a competitor appealed, according to Tri-County’s attorney, and the case is stalled.

Now that DHEC has suspended the program, does that mean Berkeley and York counties will get two hospitals? Can Tri-County operate its home health agency?

On Monday, DHEC sued the S.C. Hospital Association and the S.C. Health Care Association – the trade groups for state hospitals and nursing homes – as a vehicle for the state Supreme Court to use to answer those questions.

“A multitude of circuit court actions are likely to follow the General Assembly’s failure to fund, as individual applicants seek relief in separate actions,” DHEC’s attorneys wrote in their petition asking the state’s highest court to take the case. “This undesirable result can best be prevented by resolution of the questions identified in the (lawsuit).”

In a news release, Templeton, the DHEC director, added: “We are optimistic this action will give South Carolina businesses the same confidence to move forward.”

It appears the lawsuit had its intended effect, as several health-care providers told The State newspaper on Monday they would not be rushing to complete their projects.

“We are still waiting for the dust to settle,” said Amy Faulkenberry, spokeswoman for the Piedmont Medical Center that wants to open a hospital in Fort Mill.

Tim Stewart, general counsel for Medical Services of America, which owns Tri-County Home Health Care that is trying to open a home health agency in Allendale, said he needs to understand the Legislature’s intent before they act on their project.

“Not enforcing the law is not the same as there not being a law,” he said. “We need to understand whether or not their intent was to completely abolish the program or just not enforce it.”

And Doug Bowling, the chief strategy officer for Roper St. Francis Health Care, which wants to open a hospital in Berkeley County, said: “We’re going to take a very conservative approach to this and see what the Supreme Court says.”

The S.C. Hospital Association declined to comment on the lawsuit. But Randy Lee, director of the S.C. Health Care Association, called the lawsuit “a unique approach.”

“I do not understand why our association was sued. Our association has not, will not and shall not ever apply for a Certificate of Need,” he said. “I don’t know any other way at this point in time to reach a conclusion.”

Some lawmakers — including state Sen. Joel Lourie, D-Richland — have called for the Legislature to come back to Columbia for a special session to either restore the program’s funding or eliminate the law requiring a Certificate of Need. But others, including Rep. Gary Simrill, R-York, say the Certificate of Need program needed to disappear.

Simrill cited the Fort Mill hospital dispute, which he said has been languishing for a decade in a county that has outpaced the state in terms of population growth.

“The Certificate of Need process was already paralyzed,” Simrill said.“ At the end of the day, or should I say the end of the decade, there is still no health care that has been implemented for this area.”

Rozalyn Goodwin, director of policy research for the S.C. Hospital Association, acknowledged the program has had its issues, but noted repeated attempts by lawmakers to kill the program have failed because most lawmakers agree the program contains health-care costs while improving the quality of care.

“We worked with the Legislature as well as DHEC on the appeals process, making sure people who do appeal put skin in the game and there are not frivolous appeals that just drag on the process,” she said. “That work has been ongoing. Everything going on last week halts all of that progress we have been working to achieve.”

This is the second year in a row the Supreme Court has been asked to settle a budget dispute caused by Haley.

Last year, Haley convinced the state Budget and Control Board to increase health insurance premiums for state workers – despite the fact that state lawmakers voted not to increase the premiums. Increasing the premiums would have saved the state money, but it overruled an act of the General Assembly. The Supreme Court ruled against Haley in April.