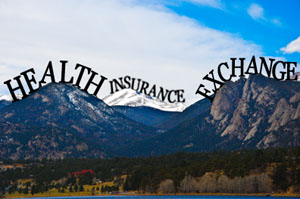 A leading Colorado consumer advocacy group has completed a detailed study of new rates to be offered on the state health insurance exchange and found the price ranges to be “just right.”

The range of rates for sample mid-level insurance plans should calm concerns that expanded benefits and new mandates under “Obamacare” to cover consumers who are already sick will wildly inflate prices for the public, according to the Colorado Consumer Health Initiative.

“Colorado consumers will be pleased they will have enough health insurance plans from among which to choose without being overwhelmed by too many choices,” de Percin said. “It looks like Goldilocks, just right.”

The prices will be lowered further for consumers by the federal subsidies that many exchange users will qualify for. A family of four can make up to $94,000 a year and still qualify.

When consumers sit down with “navigators” after Oct. 1 to sign up for coverage, they will choose from bronze, silver and platinum plans , and learn what their take-home price will be after income-based subsidies are applied.

The CCHI analysis found the pre-subsidy prices for a silver plan for a 27-year-old Denver individual will be $207 to $373 a month; for a 40-year-old in Denver, $253 to $454 a month, though outstate prices can range somewhat higher.

Once the subsidies are factored in, CCHI said, that 40-year-old earning $23,000 a year would contribute $196 a month of his own money to a health plan that’s in the middle range of $350 a month.

The state Division of Insurance is still completing its own analysis of the rate proposals. They still must be reviewed and approved by the state for factors including their adherence to the minimum benefit levels set by federal and state officials.