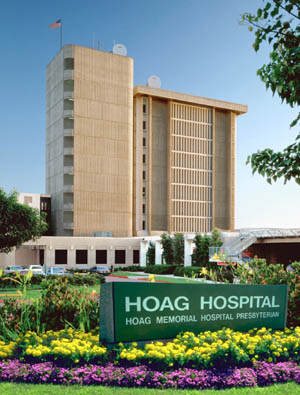 In a letter to affiliated physicians and staff, Hoag Hospital in Newport Beach has announced that elective abortions will no longer be performed at the hospital.

The letter said the decision is based of the low number of procedures done annually at the hospital and was made following a review of clinical services performed at the facility.

Hoag Chief Executive and President Robert Braithwaite said there is a direct correlation between quality of care and the number of procedures performed. Elective abortions, he said, are seldom performed in hospitals, partly because of the expense and the less private or intimate setting.

Hoag provided about 100 abortions a year, compared with 6,000 births and 10,000 mammograms, Braithwaite said.

“The bottom line is to provide high-quality healthcare to this community,” he said.

The decision does not affect the dispensing of emergency contraception following rape or sexual assault, emergency services for women who experience complications from pregnancy termination at other facilities, or management of ectopic or other pregnancy complications, according to the letter sent out to physicians dated May 1.

The review of services was prompted by the hospital’s partnership with St. Joseph Health, a Roman Catholic-affiliated institution, although Braithwaite said at no point did St. Joseph pressure the board to change its policy on elective abortions.

Braithwaite cited other procedures still performed at Hoag, including tubal ligation, which are typically not provided by Catholic healthcare providers.

Hospital officials emphasized that patient-physician relationships wouldn’t change and that Hoag-affiliated doctors could still perform abortions, just not at Hoag.

Physicians had mixed reactions to the announcement, according to Dr. Allyson Brooks, the executive medical director for Hoag’s Women’s Health Institute.
“We consider ourselves a center of excellence … and have provided great care, so it’s not unusual for our OB/GYN staff to feel like something went away,” Brooks said.

She said that on an individual basis, many physicians understood the change because so few elective abortions were performed at Hoag. Some doctors were worried that other factors played a part in the decision, Brooks said, but she denied this.

Brooks said there would not be a lack of access to the service since there are many other nearby academic and outpatient centers where elective abortions are performed, including UC Irvine, Planned Parenthood and Family Planning Associates Medical Group.

The elimination of elective abortions isn’t the first time the hospital has gotten rid of a program, Braithwaite said. About five years ago, the hospital decided to eliminate in-patient pediatric care because it felt those patients were best served by the Children’s Hospital of Orange County.