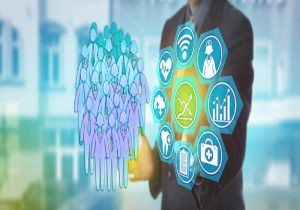 Population health is either a vague concept or a concrete goal, depending on who is speaking about it. Although healthcare is striving towards patient centricity, there needs to be a concerted effort to raise the care standards for all patients in a health system before it can start to individually tailor treatment. Here are the 4 best lessons Healthcare Analytics News has published about population health in 2017.

Writing for Healthcare Analytics News™ in February, John Gallagher laid out 3 reasons why population health efforts may be stunted. Insufficient data quality and access can be a barrier to many of the current initiatives, with siloing and noncommunicative approaches preventing true horizontal pop health improvements.

The current payment models, and the shift to value-based care, could also be a sore spot. “In theory, this shift encourages collaboration; outcome-based payments; and a new benefit design to align providers, members, employers and payers,” Gallagher, an innovation consultant at IBM Watson Health subsidiary Simpler Consulting, wrote. Failure to fulfill the shift, or lack of incentive to complete it, may threaten population health.

Lack of ownership could be a key issue as well. With data transfer fragmented, a health system doesn’t have means of verifying how a patients’ care is continuing after they leave, and that issue is becoming pronounced as providers consolidate. If a health system purchases a primary care network, they will acquire elderly patients, but they may not have their own hospice agency or rehabilitation facilities.

“Once systems understand the entire care continuum, and their role in each, then they can move toward a coordinated care model to foster communication across departments, specialties and practices,” Gallagher wrote.

Hospital Communications Need to be Improved

“Often, lack of clarity in text page messages introduced potential for delays or lack of understanding among team members,” the authors wrote. Text paging “has significant limitations for real-time communication in acute-care settings.”

In an accompanying letter, 2 researchers compared the new text paging systems in place to “paving cowpaths.” There was some positivity, though: as a new generation of medical professionals grows up with technologies like Snapchat and voice technologies like Amazon’s Alexa, they should become more comfortable and capable with new-age communications tech. “Spoken microcommunications may soon be interpreted understood, and transformed even before they reach their recipient,” they suggested.