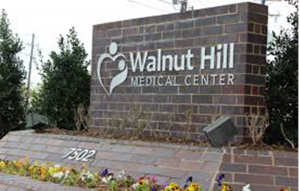 The 100-bed Walnut Hill Medical Center, an independent hospital, abruptly ceased its operations forever on Friday in Dallas. This portrays the challenges faced by patient-centered hospitals due to value-based payment model hospitals in the industry.

The Walnut Hill Medical Center had opened in April 2014 had 100 bed and cited a terminated Medicare provider agreement while closing on Friday.

Dr.Rich Guerra, a cardiologist and executive board member of Walnut Hill, wrote a “farewell” letter to hospital staff on an “Expats of Walnut Hill Medical Center” Facebook page on Thursday but later was deleted.

Guerra wrote in the letter,

“How do I begin? I could start by saying how sorry I am that our journey together is at an end. I certainly am sorry that our Walnut Hill family will be scattering to the four winds.”

The Walnut Hill Medical Center consisted of 240 employees as per the 2016 blog posted on its website. No one answered phone calls made to multiple departments Monday morning. Google lists the center as permanently closed.

The number of independent hospitals in the U.S. has dropped by nearly 3% from 5,008 in 2009 to 4,862 in 2017 as many have joined bigger systems.
The main reason that can be cited for the closure of independent hospitals is that small hospitals lack the capital to bolster their market share in outpatient facilities and attract patients seeking care in less expensive and more accessible ambulatory settings, which payers emphasize in value-based models.

Due to a decrease in inpatient volume, these hospitals are faced with narrowing margins and expensive spaces and unable to pursue payment reforms such as population health initiatives and invest in new technology that streamlines care.

Even the payment reform that is providers that don’t have the scale or capital to gain leverage in negotiations with payers, take on more risk, pursue new technology and infrastructure, invest in outpatient facilities, or afford higher compliance costs find it difficult to survive.

Not only independent hospitals but even independent physicians are dwindling with the same challenge. Padmanabhan President of Damo Consulting said,

“All those factors coupled with a lack of consolidation options and dwindling reimbursement levels spell trouble. Hospitals that don’t have the scale to improve negotiating positions and don’t have partnerships with specialized physicians are toast.”