The restructuring actually involves the creation of accountable care plans in which the medical providers can partner with insurers or may even directly partners with the state in order to provide services through a network of contracted providers. In this case, it is focused on those who are enrolled through MassHealth. 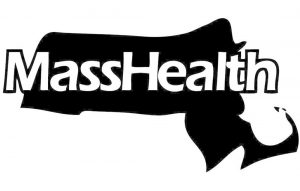 Reimbursement to providers would no longer be based on the traditional fee-for-service; however the same would be based on bundled payments that will be negotiated in advance. The providers will be delivering the services at a cost, that will be below the budgeted amount share in the savings.

Restructuring – A way to reduce cost

Charlie Baker, former CEO of Harvard Pilgrim Health Care has viewed this redesigning of the state’s Medicaid program as a clear way so as to reduce costs. The costs would be reduced through a much more coordinated and even effective delivery of care. MassHealth covers around 1.9 million people, and account for approximately $16 billion in annual spending, which gets split between the federal and state governments respectively.

The 18 partnerships that have been chosen by the Baker administration to participate in new MACO (MassHealth Accountable Care Organization) are expected to cover around 900,000 MassHealth members and include 4,500 primary care providers.