Cisco, the American multinational technology conglomerate announced IoT Threat Defense on Thursday. The company said that the new architecture will be first used in securing those services that are vital and those include medical care and healthcare devices.

The new architecture and service combination will be used to segment IoT devices which are connected to various hospitals and many other organizations’s network.

IDC, the technology consulting firm had also said that around 40% hospitals are running internet of things pilot and nearly 73% of the participants are going to do so in the year 2017. 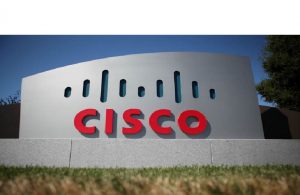 A report published by Ponemon Institute!

A latest report published by Ponemon Institute reveals that very few hospitals are testing medical device security on a regular basis. It also revealed that only about 1/3rd hospitals encrypt their data on IoT devices.

Further IDC has also listed security and privacy as a top barrier to IoT implementations. While Cisco said that segmenting networks and the connected devices can help eliminate two of the major IoT risks.

Security is invariably considered as one of the biggest concerns in IoT projects. Cisco, being the largest networking company in the world, develops, manufactures, and sells telecommunications equipment, networking hardware and high technology services and products. The Cisco IoT Threat Defense architecture has a lot in it. It includes technologies for network behavior analytics, remote access, cloud security, device visibility, and firewall and malware protection.

Further, according to a new report published by MarketResearch.com; the healthcare IoT (Internet of Things) market segment is poised to hit around $117 billion by 2020. So there remains a lot of potential in healthcare market when it comes to IoT Threat Defense.