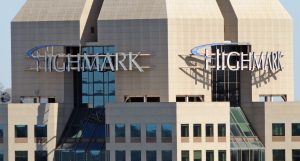 Highmark Health has not decided whether to oppose rival UPMC’s planned expansion into central Pennsylvania, but employers and businesses in that part of the state expect the insurer to “stand up for their rights,” president and CEO David Holmberg said in a briefing Friday.

Highmark and Harrisburg-based Capital BlueCross dominate the central Pennsylvania health insurance market with a 75 percent share, brokers say, and Highmark has had a long relationship with PinnacleHealth System, a three-hospital network based in Harrisburg. UPMC on Tuesday announced that it would affiliate with Pinnacle, which announced plans of its own the same day to acquire four other hospitals in the region from a for-profit hospital chain.

If consummated, the deal would be UPMC’s biggest network expansion. The system operates about 25 hospitals. The central Pennsylvania deal would give UPMC control over seven more hospitals, which will likely require state and federal regulatory approval.

Those rights include continued access to quality health services, he said.

In a prepared statement, state Attorney General spokesman Joe Grace said the office was aware of the pending affiliation and Attorney General Josh Shapiro was “concerned about the effect on consumers in the region and ensuring access to affordable and quality health care.”

“We will scrutinize this transaction closely with that in mind,” he wrote.

Western Pennsylvania consumers used to enjoy fairly unfettered access to both Allegheny Health Network and UPMC doctors and hospitals, but relations between the two health care giants curdled in 2013 with Highmark’s acquisition of AHN. The split, which becomes complete in 2019 with expiration of a consent decree, means that higher, out-of-network charges will keep most Highmark members out of the UPMC system. UPMC Health Plan members also pay out of network costs for using AHN doctors and hospitals.

It’s too early to tell whether the market dynamic will be repeated in central Pennsylvania.