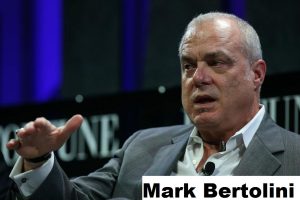 President Barack Obama’s health care law failed to meet its goals and can only be fixed with a significant shift in regulatory policy, the CEO of health insurance giant Aetna said in an earnings call Tuesday.

“In spite of the best intention of Washington and industry, the intended goals of the Affordable Care Act have not been achieved,” Mark Bertolini said. “Millions of Americans remain uninsured and still lack access to affordable health care.”

“As the public exchanges enter their fourth year, it is clear that in the absence of a significant shift in regulatory policy, the risk pools … continue to deteriorate,” he said.

Bertolini added the company was optimistic that the “next wave of health care reform will focus on affordability, quality and addressing the needs of the millions of Americans who remain uninsured or lack access to affordable health care.”

Aetna has made its concerns about the law clear in the past, but Bertolini’s new comments could give ammunition to President Donald Trump and Republicans on Capitol Hill, who have said Obamacare is failing under its own weight and will implode if they do nothing to change it.

GOP lawmakers are debating how to repeal and replace the health care law in the face of opposition from Democrats, who say gutting Obamacare will result in millions of people losing health insurance and benefit only patients with higher incomes and fewer health problems.

Aetna leaders did not say during the earnings call what parts of the law they would like to see changed, but Bertolini noted they were regularly talking to regulators and lawmakers and are “committed to the positive aspects of the Affordable Care Act.”

The company disappointed many of Obamacare’s supporters last year when it announced it would be pulling out of 11 state exchanges for 2017 – down from 15 in 2016. The company cited a second-quarter profit loss of $200 million, and the move resulted in fewer health insurance options and a surge in the prices of plans for some consumers.

Despite losing money from the exchanges, Aetna did come out ahead overall in 2016, posting net income of $2.3 billion. Bertolini said other areas the company is involved in “more than offset” the Obamacare-related losses and that he expected “meaningfully lower” losses in 2017.

The Obamacare exchanges, or marketplaces, allow most people who don’t have employer-sponsored insurance to buy private coverage that is subsidized by the government. Aetna wasn’t the only insurer to reduce its participation in them, and others have complained that not enough young, healthy people are signing up for coverage under the exchanges, and that some are taking advantage of the law’s provisions and dropping coverage once they get procedures they need.

Some Democratic senators have asserted that Aetna may have exited the marketplaces as retaliation for a Department of Justice antitrust lawsuit aiming to block the company’s proposed $37 billion merger with Humana – a plan the company hoped would improve its offerings under Medicare, a government insurance program for people who are disabled or over the age of 65.

An Aetna letter to the Justice Department was made public soon after, and its contents suggested that the company indeed was responding to the blocked merger. In an email to U.S. News at the time, however, Aetna attached a letter sent to the company by the Justice Department, which specifically prompted the company to explain the effect that a lawsuit would have on its business and on its exchange participation in particular.

A federal judge last week blocked the Aetna-Humana merger from going forward. Bertolini said during the earnings call that he was disappointed with the decision, and that the company would be considering an appeal.