Amazon’s pilot program for providing healthcare to Seattle-area employees through telemedicine and at-home visits is only the latest in a concerted effort by companies to cut costs and improve care for employees.

Amazon is the latest big corporation to launch its own in-house healthcare service, unveiling a pilot program last week for employees in the Seattle area that combines telemedicine and in-person treatment.

Fundamentally, corporations are entering the healthcare services market to deal with the rising cost of care related to employee healthcare insurance; the companies say they’re simply trying to improve access and convenience.

But the potential for cost-savings is huge.

This year, annual family premiums for employer health insurance rose 5% to an average $20,576. Workers pay roughly $6,015 toward the premium cost, leaving the other 75% up to employers, according to a new survey by The Henry J. Kaiser Family Foundation.

Since 2009, average family premiums have risen 54% and workers’ contributions have increased 71%, several times the pace of wages (26%) and inflation (20%), according to the Kaiser Family Foundation.

“A lot of these [corporate] initiatives are mired in secrecy and a lot of the companies don’t want to divulge much in detail,” said Anurag Gupta, a former physician and vice president of HealthTech Strategy for Gartner. “This is definitely a big area. I expect to see a lot more movement in this direction. Intel is really active in this area.”

A decade ago, Intel opened on-site primary care clinics for employees in Oregon, New Mexico and Arizona and began offering optional annual health checks that would reduce premiums for employees. The chipmaker then used its purchasing power to create the Healthcare Marketplace Collaborative to push healthcare providers and insurers to lower their cost of care.

Intel’s costs related to certain employee medical conditions fell between 24% and 49%, according to a report in the Harvard Business Review.

“Healthcare was the only area of our business where we did not control quality and cost,” Pat McDonald, an Intel fabrication plant manager, said in a white paper. “And costs were out of control. When we manage equipment suppliers, we measure safety, quality, and cost. We weren’t doing that with healthcare suppliers.” 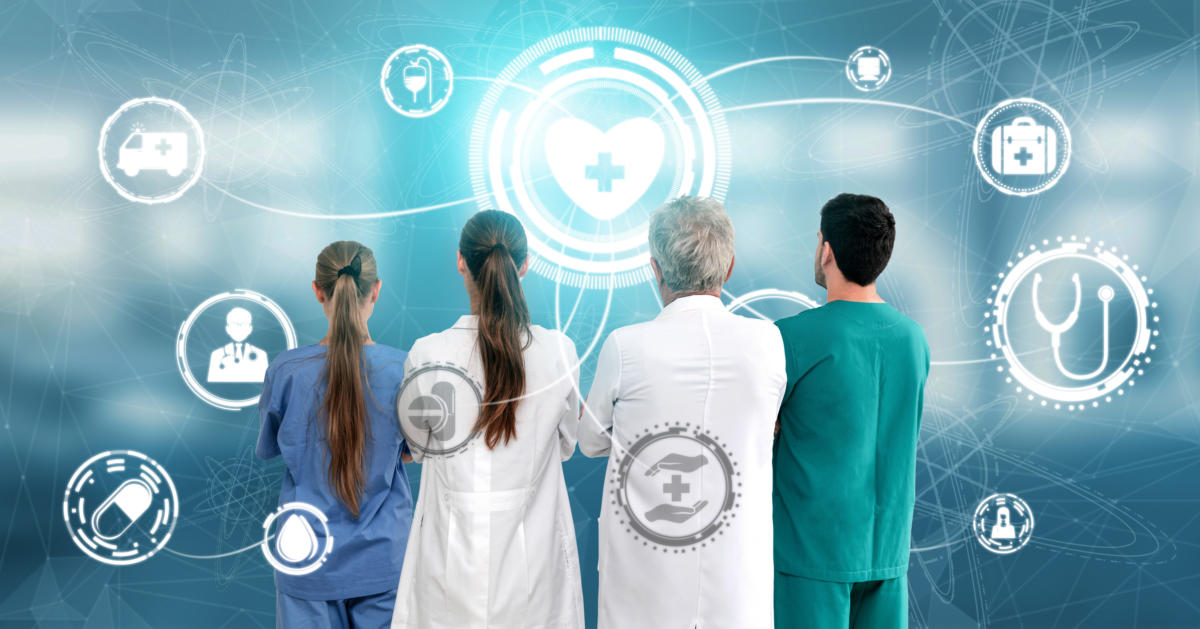 The companies partnered with either Health Design Plus (a third-party administrator) or the Pacific Business Group on Health (a non-profit business coalition); they can then offer corporate medical plan participants access to “Centers of Excellence” hospitals for typically high-cost cardiac and spine procedures. Prices for the procedures have been negotiated down by the corporations.

Last year, Amazon, Berkshire Hathaway and JPMorgan Chase & Co. announced they were partnering on ways to address healthcare for U.S. employees. Together, they launched Boston-based Haven Healthcare. Its mission is to “work with clinicians and insurance providers to address issues like making primary care easier to access, insurance benefits simpler to understand and easier to use, and prescription drugs more affordable.”

Haven Healthcare is also looking at new ways to use data and technology “to make the overall health care system better.”

“Our people want transparency, knowledge and control when it comes to managing their healthcare,” Jamie Dimon, CEO of JPMorgan Chase, said in a statement at the time of Haven’s launch. “The three of our companies have extraordinary resources, and our goal is to create solutions that benefit our U.S. employees, their families and, potentially, all Americans.”

Around the same time Amazon and its partners were strategizing on Haven Healthcare, Apple launched AC Wellness for employees at its Cupertino, Calif. headquarters, offering a primary care clinic and a “concierge-like healthcare experience at home.”

While corporate in-house and telemedicine services may seem revolutionary, they’re not really new, according to Cynthia Burghard, a research director with IDC’s Health Insights. In fact, because of a shortage of primary care physicians and nurses, virtual visits help to “off-lift” the low-level care that often occurs with an on-site visit due to patient loads.

“I don’t hear any angst expressed by providers about virtual visits,” Burghard said via email. “We continue to see remote technology being used and both physicians and patients gaining comfort with adopting it.”

For years, telemedicine has been lauded by a number of industry groups – including the American Medical Association – as having the potential to “greatly” improve access and quality of care while also maintaining patient safety.

Sixty-four percent of consumers called out convenience and increased access as important benefits of virtual care, according to a 2018 survey by Deloitte. The survey also found that 66% of physicians said telemedicine improved patient care access and 52% said it boosted patient satisfaction.

Corporate-based virtual healthcare programs, like Amazon’s, should not be seen as altruistic, Burghard cautioned.

“It is yet one more example of fragmented care. Back in the day, manufacturers had worksite clinics to take care of workers injured on the job mostly so they could get back to work sooner,” Burghard said. “The difference with what Amazon is doing compared to what the [Deloitte] survey shows is that the Amazon offering is disconnected to other care providers rather than under the supervision of an employee’s providers.”

An Amazon spokesperson disagreed, however, saying the company’s program is supplemental and additional to coverage already offered – not a substitute for health insurance already offered to its employees. In fact, only workers already participating in company-offered healthcare insurance can participate in Amazon Care.

While it was only launched last Tuesday, Amazon Care has seen “strong” interest from employees, the spokesperson said.

According to its website, Amazon Care provides a mobile application that allows employees to access virtual and in-person healthcare services. Amazon contracted with Oasis Medical, a nearby private practice that provides in-home care for any of the company’s 60,000 Seattle-based employees.

Amazon Care also provides applications for a video visit with a doctor, nurse practitioner, or registered nurse for advice, answers, diagnoses, treatment or referrals, as well as “Care Chat,” a text chat app that connects employees to a clinician for health advice and answers. Amazon’s “Mobile Care” allows employees to have a nurse visit them at home to collect lab samples, perform some testing (such as for strep throat), administer common vaccines, or perform physical examinations. And Courier Care allows meds to be delivered to their homes.

Whether on-site care and telemedicine is being deployed by corporations to cut costs, or simply as an additional benefit, it is one way to deal with a nation “obsessed with hospital-based care” and not focused enough preventative care, according to Gupta.

“The news is that Jeff Bezos’ company, and others like it, don’t need anyone’s permission to start building and paying for their own parallel healthcare systems, little by little,” Panda said in a blog post last week. “If Amazon replaces the existing health care system bit by bit, and employees of self-insured companies migrate to this new digital health system, do we all get to come along?”

Amazon and other self-insured corporate giants could theoretically decide to build a more comprehensive telehealth platform, and eventually secede from the existing health care system – after they’ve replicated enough of the old system to migrate away.

Amazon Care, Panda said, represents a wake-up call for providers, payers and employers because telehealth is not just about video chats with a doctor or wearable fitness trackers. “…It’s a new operating system for health, and big technology companies are not going to wait for everyone else to figure it out.

“Amazon is going to need to think about this, and so are the rest of us,” Panda wrote. “If, after the pilot, Amazon Care moves outside of the protected environment of the company, what systems will be in place to keep it and the health care system we already have from collapsing?”