In one coordinated move, the U.S. Food and Drug Administration (FDA) opened use of transcatheter aortic valve replacement (TAVR) to low-risk patients today. The FDA simultaneously expanded the indications for use for both the Edwards Lifesciences’ Sapien 3 valve and Medtronic’s CoreValve Evolut system for this patient population. The low-risk patient population is the final surgical risk category to be approved for TAVR, a minimally invasive alternative to open-heart surgical valve replacement (SAVR), and includes patients who may be younger and more active than higher-risk patients. Both devices are indicated for patients with severe, symptomatic aortic stenosis (AS).

The expanded FDA indication was widely anticipated because of excellent clinical trial results. Clinical trial data to date for both the CoreValve and Sapien 3 have been outstanding, performing as well, or better, than SAVR in high-risk, intermediate-risk and low-risk patients. The approved use in low-risk patients paves the way for an even more rapid expansion, as experts widely expect the transcatheter-based procedure to begin replacing a large swath of surgical valve replacement volume in the next couple years.

Sapien 3 Approval Based on PARTNER 3 Trial

Edwards Lifesciences Sapien 3 transcatheter aortic valve (TAVR, TAVI) device.The Sapien 3 TAVR’s low-risk approval was based on data from the landmark PARTNER 3 Trial, an independently evaluated, randomized clinical trial comparing outcomes between TAVR and open-heart surgery. TAVR with the Sapien 3 system achieved superiority, with a 46 percent reduction in the event rate for the primary endpoint of the trial, which was a composite of all-cause mortality, all stroke and rehospitalization at one year. The data was presented in March at the American College of Cardiology’s (ACC) 68th Annual Scientific Session and simultaneously published in the New England Journal of Medicine.

“The PARTNER 3 Trial demonstrated that low-risk patients treated with the Sapien 3 TAVR experienced extraordinary outcomes with 1.0 percent rates of death or disabling stroke at one year, a short length of stay and 96 percent discharged to home or self-care. Sapien 3 is the only valve to achieve superiority over surgery based on the prespecified primary endpoint,” said Martin B. Leon, M.D., director of the Center for Interventional Vascular Therapy at New York-Presbyterian/Columbia University Medical Center and professor of medicine at the Columbia University College of Physicians and Surgeons. “Today’s FDA approval of Sapien 3 TAVR will expand access to this proven therapy, which should be considered the preferred treatment for the majority of low-risk severe AS patients.” Leon is the national co-principal investigator of the PARTNER 3 Trial.

This low-risk approval covers the Sapien 3 and Sapien 3 Ultra valves in all sizes. 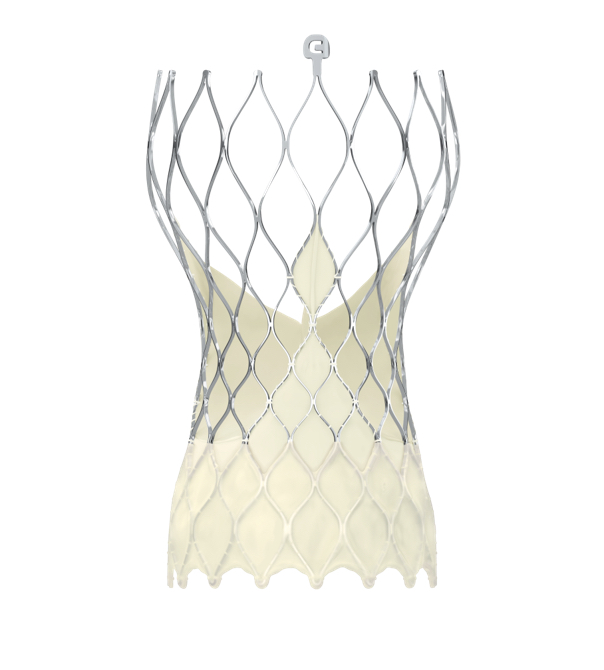 The expanded indication approval for the Medtronic CoreValve Evolut R and CoreValve Evolut Pro TAVR systems is based on randomized clinical data from the global, prospective, multi-center Evolut Low Risk Trial, which evaluated three valve generations (CoreValve, Evolut R and Evolut Pro valves) in more than 1,400 patients. The data showed TAVR to have an excellent safety profile and be an effective treatment option in low-risk patients, with shorter hospital stays and improved quality-of-life scores compared to SAVR. In addition to a significantly lower rate of the composite of all-cause death or disabling stroke with TAVR at 30 days, the Evolut TAVR system demonstrated superior hemodynamic performance with significantly lower mean aortic valve gradients and larger effective orifice areas (EOAs) compared to surgery – important factors for more active patients. However, the rate of new pacemaker implantation and residual aortic regurgitation was higher in the TAVR group compared to SAVR.

“The majority of my patients want a replacement valve that’s going to minimize the risk of death, stroke and other cardiovascular events during the procedure and allow them to leave the hospital faster and recover sooner. In patients appropriate for a biologic valve, that option is going to be TAVR,” said Michael Reardon, M.D., cardiothoracic surgeon at Houston Methodist DeBakey Heart & Vascular Center, principal investigator and senior author of the Evolut Low Risk Trial. “With the low-risk approval, risk stratification for TAVR treatment is becoming obsolete and heart teams will likely need to assess treatment options based on anatomical characteristics, concomitant risk factors and also patient preference.”

The Evolut TAVR System allows for improved heart function that helps many patients resume their pre-aortic stenosis activity levels. The valve is engineered with a self-expanding nitinol frame that conforms the replacement valve to the native annulus with consistent radial force and includes an external tissue wrap that increases surface area contact with native anatomy for enhanced valve sealing. The CoreValve Evolut TAVR platform has durability data reporting out to eight years with the Italian Registry.

“Low-risk patients were younger and healthier than those patients enrolled in our prior studies, and were better able to weigh the risks and benefits of surgery or TAVR based on their value preferences,” said Jeffrey J. Popma, M.D., director of interventional cardiology at Beth Israel Deaconess Medical Center in Boston, and co-principal investigator in the Evolut Low Risk Trial. “It is our impression that patients will now be able to make a choice on the method of aortic valve replacement based on an informed risk-benefit discussion with their heart team.”

Who Should Get Surgery Over TAVR?

Reardon’s assessment that risk stratification for TAVR is becoming obsolete is a sentiment echoed at many cardiology conferences over the past couple years. Both cardiac surgeons and interventional cardiologists said the question has flipped from who should qualify for TAVR to who should qualify for surgery. The general consensus is that about 25 percent of patients will be better suited for surgery for various reasons, but 75 percent of aortic valve replacements will move to TAVR in the next few years.

The estimate is that 76 percent of aortic valve replacements will be done by TAVR by 2025, explained Ron Waksman, M.D., associate director of the division of cardiology and director of cardiovascular research and advanced education, Medstar Heart Institute, in a recent TAVR session at the Society of Cardiolvascular Computed Tomography (SCCT) 2019 meeting. He said clinical trial data curves show SAVR and TAVR are basically on top of each other. By most measures, TAVR is just as good or better than SAVR, he said.

“Our results at Medstar were just as good as the surgeons in the PARTNER 3 Trial. Which therapy do you think is better — I think the data is clear. We also have new TAVR devices coming, and the outcomes will get better.”

Easing the Burden of Aortic Stenosis

Severe aortic stenosis affects approximately 165,000 low risk patients per year in the U.S., Western Europe and Japan, occurring when the aortic valve becomes diseased (stenotic). The valve leaflets become stiff and thickened and have difficulty opening and closing, making the heart work harder to pump blood to the rest of the body and, therefore, impacting an individual’s daily activities. If left untreated, patients with severe aortic stenosis can die from heart failure in as little as two years.

“This new approval significantly expands the number of patients that can be treated with this less invasive procedure for aortic valve replacement and follows a thorough review of data demonstrating these devices are safe and effective for this larger population,” said Bram Zuckerman, M.D., director of the Office of Cardiovascular Devices in the FDA’s Center for Devices and Radiological Health. “As the FDA assesses new medical technologies or expanded uses for previously approved products such as these, the agency remains committed to evaluating evidence from clinical trials and real-world clinical data in both the premarket and postmarket settings to ensure patients have access to high-quality, safe, and effective medical devices.”

The FDA said the transcatheter heart valves should not be used in patients who cannot tolerate blood thinning medications or have an active infection in the heart or elsewhere. Additionally, the CoreValve Evolut R and CoreValve Evolut Pro devices should not be used in patients who have sensitivity to titanium or nickel. Furthermore, the long-term durability of transcatheter heart valves compared to surgically implanted valves has not been established. Patients, especially younger ones, should discuss available treatment options with their heart care team to select the therapy that best meets their expectations and lifestyle.

These devices were approved using the premarket approval (PMA) pathway. Premarket approval is the most stringent type of device marketing application required by the FDA and is based on a determination by the FDA that the PMA application contains sufficient valid scientific evidence to provide reasonable assurance that the device is safe and effective for its intended use(s).

As part of the approval of these devices, the FDA is requiring each manufacturer to continue to follow patients enrolled in their randomized studies for 10 years to further monitor transcatheter aortic valve safety and effectiveness, including the long-term valve durability. The manufacturers will also participate in the Society of Thoracic Surgeons/American College of Cardiology Transcatheter Valve Therapy Registry (STS/ACC TVT Registry) to provide FDA with additional surveillance of these devices over a 10-year period.