Digital Health companies have brought in over $37 billion in disclosed VC funding since 2010. 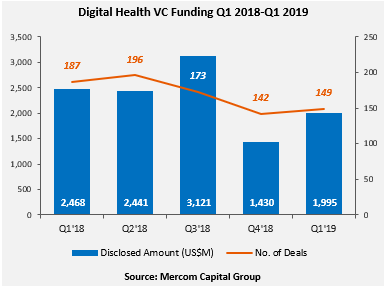 “Funding levels were down compared to last year in Digital Health in the absence of larger deals. M&A activity was also flat. However, Digital Health public equities experienced a turnaround in Q1 with 66% of them beating the S&P 500 compared to Q4 2018 when 63% of the equities we tracked performed below the S&P 500. Favorable market conditions have prompted several companies to announce IPO plans,” said Raj Prabhu, CEO of Mercom Capital Group. The top funded categories in Q1 2019 were: $557 million raised by Data Analytics companies, mHealth Apps with $392 million, Telemedicine with $220 million, Healthcare Booking with $177 million, Clinical Decision Support with $107 million, Mobile Wireless with $90 million and $80 million for Healthcare IT Service Providers. 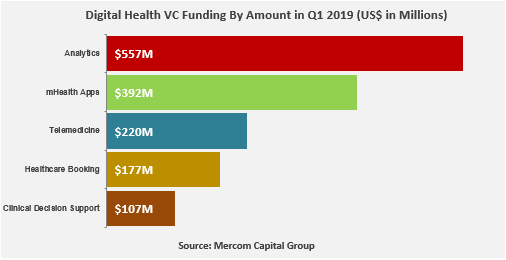 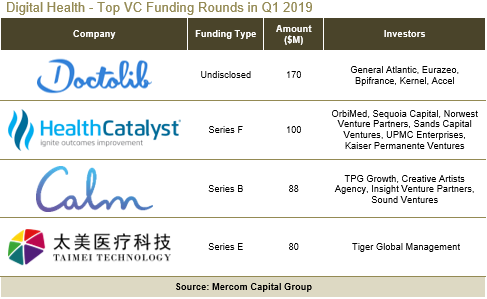 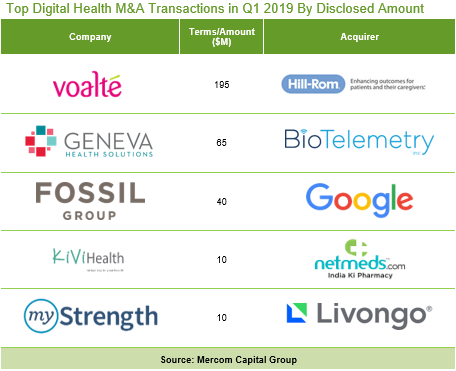 A total of 610 companies and investors were covered in this report.