There has been an enormous increase in the funding raised by the startups, and the country that has made an impressive mark here is, India. Indian startups from various industries and domains have raised a whopping 15.5 Billion Dollars of investments through 1185 funding rounds. As per Tracxn, Indian startups raised 14.5 billion dollars in 2019. The growth has been impressive, considering that in 2018 they raised 10.5 billion dollars in funding.

The 2010s have seen the most marvelous and massive growth records when it comes to technological advancements. While the biggest of organizations have harnessed the potentials of growth, one trend that was booming in the last decade was of startups. Small ventures working with smaller teams yet innovative methods have skyrocketed the competition in technological advancements. 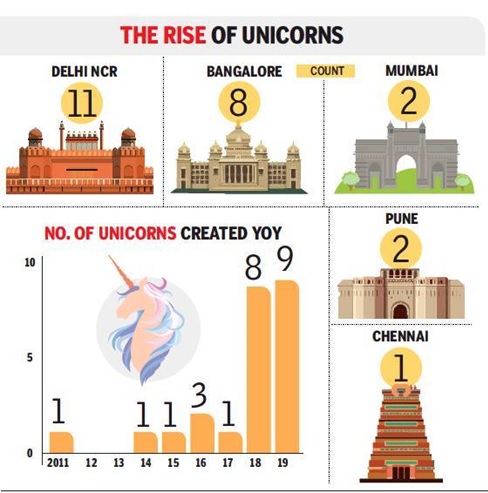 Masayoshi Son of Softbank made some considerable investments in startups in India. It made investments in the OYO room worth 1.5 Billion. Paytm received a massive 1 Billion investment from Softbank along with Discovery Capital and Ant Financial.

Several venture capitalists have made the highest number of successful investments, including Tiger Global Management, Accel, and Sequoia. While Steadvuew Capital, FMO, and General Atlantic have emerged as the top private equity firms in the startup funding in 2019.

Delhi NCR, Mumbai, and Bengaluru are the highest-ranked cities as per the report where most of the successful startups were based. Bengaluru has been the startup hub as half of the equity funding raised in 2019 was from the city.

Hotel Aggregators got most of the funding

When it comes to business models, the hotel aggregators attracted most of the investments in 2019, The e-commerce logistics and online B2B were the next in terms of funding. Cab riding services and online comparison platforms, two-wheeler rentals also attracted suitable investments and financing. 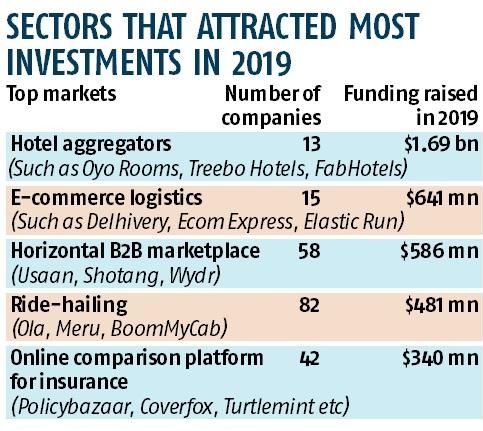 There have been several significant acquisitions of Indian startups like US-based Ebix bought Yatra for 337 Million dollars. Online shopping platform Shopclues was taken over by Qoo10 for 100 Million dollars in an all-stock deal.

2019, a great year of Indian Startups

Indian startups made an indelible mark in the growth spectrum in 2019 by raising massive funds. There were 1185 funding rounds with more than 128 acquisitions, 4 IPOs, and 817 active investors in the Indian startup world.