The trend of change in leadership in IT is still going on even when the year 2019 is about to end. This time, Amazon Audible changed its Chief Executive Officer as founder Don Katz accepted a new role in the company. With this, Bob Carrigan became the new CEO of Amazon Audible and he will take the position starting from January 2, 2020. Audible founder Don Katz will take up the position of Executive Chairman and will work with Bob on the company’s overall strategy.

What will be the role of new CEO of Amazon Audible

After Bob Carrigan becomes the CEO of Amazon Audible, he will take over the responsibility for global business operations. On the other hand, the previous CEO Don Katz will focus on Audible’s global content strategy and the company’s social and public policy objectives. 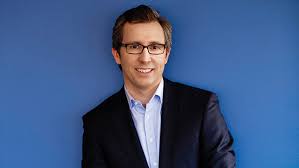 Katz said in a statement;

“Bob Carrigan is among the most accomplished, creative, intellectually adept, and inspirational CEOs I have watched succeed over my 20 years of studying and chronicling businesses and my 24 years leading Audible.”