Hyunjin Seo, a Student at the department of journalism, visited China last year in July and shared her experience at the city, which highlights how US-China rivalry is dividing the internet.

Internet Divided into Two Regions Due to US-China War 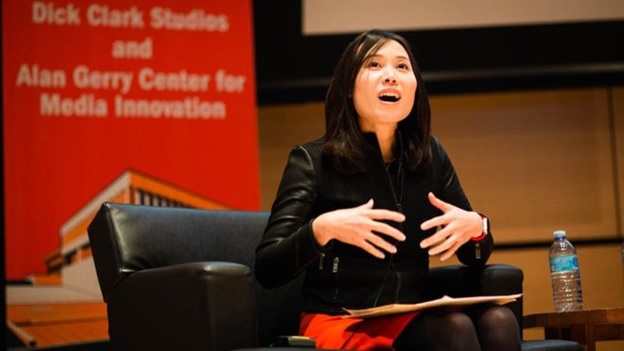 Hyunjin was in China last year. Since she was carrying a US roaming data plan on her cell phone in China, she was able to bypass the Chinese government Censorship on the digital media and have access to the news which is otherwise banned in China. Since Google is not accessible in China, she would otherwise not be able to view the popular websites if she did not have her US data plan.

She narrated the experience “I was telling my Chinese friends about the bomb detonating outside the [US] embassy, and they didn’t know what I was talking about, because this news wasn’t appearing in their search feeds.”

Hyunjin Seo also told that she found various reports about the attack on the US embassy in Beijing when she was scrolling the news.

Even Google’s Chief Executive, Eric Schmidt made a similar point when asked in a private event about what he thinks of the probable divide on the internet due to distinctive regulations on the web in different countries. He replied,

“I think the most likely scenario now is not a splintering, but rather a bifurcation into a Chinese-led internet and a non-Chinese internet led by America.”

As per the experiences garnered during the Chinese visit, Hyunjin Seo feels that China-US Rivalry will impact the businesses. She said,

“In one of the biggest markets in the world, tech companies are leaving because they can’t fully operate how they want to, by freely sharing information online,”

The Internet is Split

The US-China Rivalry can thus have a huge impact on the way businesses and online trade operates across the world. Since China is a desirable market for large manufacturers and brands, the potential divide can harm more prominent market players as the internet will be divided.