Mergers and acquisitions are important ways for all companies to grow and expand their business. Mergers and acquisitions allow companies to expand their global footprint, diversify across geographies, obtain access to better technological know-how and other resources, interest from merging strategic imperatives, add flattering product lines, expertise and even turn rivalries into partnerships.

Mergers and acquisitions don’t always guarantee success. While many deals have been largely successful, some have done badly. The past ten years have been relatively the best times for dealmakers. From 2009 through 2018, half of all public-to-public mergers and acquisition deals created value in terms of announcement returns and long term performance.

A positive investor reaction isn’t a norm just like the success of deals. News of acquisition sends stock prices plummeting.

1] The merger of equals: United Technologies and Raytheon

Raytheon and United Technologies have a combined market value of nearly $182 billion.

The year 2019 began with an ultimate merger agreement between Bristol-Myers Squibb (BMY) and Celgene (CELG) under Bristol-Myers Squibb will acquire Celgene in a $74 billion deal. This deal tops the list of acquisitions of 2019 and is based on gripping strategic and financial needs.

“Together with Celgene, we are creating an innovative biopharma leader, with leading franchises and a deep and broad pipeline that will drive sustainable growth and deliver new options for patients across a range of serious diseases.” 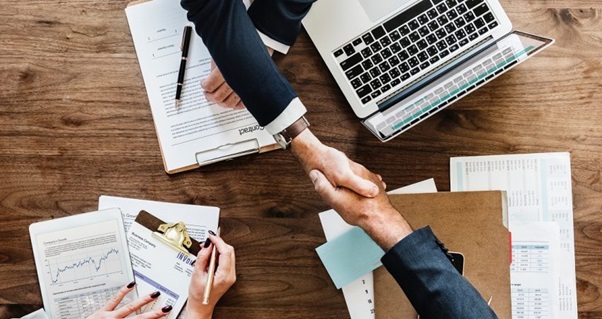 In June 2019, AbbVie Inc. entered into a conclusive transaction agreement to acquire Allergan in a $63 billion deal. The deal is anticipated to provide annual pre-tax synergies. The other cost reductions of at least $2 billion in year three as a result of optimizing the research portfolio, eliminating overlapping R&D, driving efficiencies in selling, general and administrative expense, and eliminating redundancies in manufacturing and supply chain, among other things.

Positioned on #4 in the list of top acquisitions of 2019, Saudi Aramco’s acquired SABIC. In March this year, Saudi Aramco signed off a share purchase agreement to acquire a 70% majority stake in Saudi Basic Industries Corporation (SABIC) from the Public Investment Fund of Saudi Arabia, in a private transaction for $69 billion.

The stake will align the capacity and interests of two major global companies to increase competitiveness and address the fast-growing petrochemicals market.

The acquisition is in sync with Saudi Aramco’s long-term strategy to drive growth through an increased line with a downstream portfolio by increasing global participated refining capacity from 4.9 million to 8-10 million barrels per day by 2030.

Yet another deal that made its way into the list of top mergers and acquisitions of 2019! In May this year, Occidental Petroleum Corporation outbid Chevron to acquire Anadarko Petroleum Corporation in a transaction valued at $57 billion. It includes the assumption of Anadarko’s debt making it one of the biggest deals in the oil segment.

This was yet another major deal in the financial services industry, and hence becomes one of the most notable acquisitions of 2019. Fiserv was acquiring payment solutions company First Data for $22 billion.  It is estimated that the all-stock deal will be added to earnings by about 20% in the first year and generate annual free cash flow of about $4 billion in the third year.

The merger between Global Payments and total Systems may be visual as a rival deal to a much bigger that happened for a very short period before that. BB&T Corporation and SunTrust Banks Inc. Agreed to join together in an all-stock merger of equally valued at approximately $66 billion.