Mike Stewart will succeed John Legere as the CEO of T-Mobile in spring 2020. As per the announcement from T-Mobile made this Monday, the current CEO will step down next year amidst the attempts of the company to merge with the competitor Sprint.

Stewart is currently the COO and the president of T-Mobile and has been with T-Mobile since 2012.

T-Mobile attempting to strike a deal with Sprint

Off late, T-Mobile is trying to combine with Sprint in a deal worth 26.5 billion dollars. The regulators have already approved the agreement. However, some of the state’s attorney generals have disapproved of the deal and aim to stop it. The attorney general of the 15 US states says that the merger will increase the prices for the customers. The trial for the same is in court in December this year. 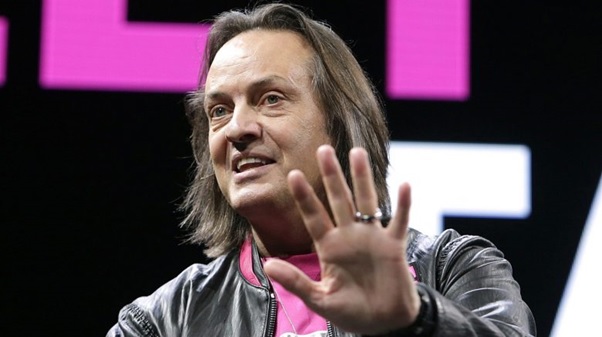 As per the reports, Legere will remain in the company as a board member post his exit as the CEO as his contract with the company lasts till April 30.

The rumors and reports said that Legere was in discussion with WeWork to take over as the CEO. However, Legere confirmed in a conference call to the investors that he is not joining WeWork. He also said that he was never in talks with the new company. He said,

“I was never having discussions to run WeWork, Because of T-Mobile’s pending announcement, further, he claimed, “I couldn’t say that… but it did create a weird, awkward period of time.”

T-Mobile said Stewart aged 50 becomes the CEO of the company after having a “multiyear, comprehensive leadership succession planning process.”

Legere also spoke on the appointment of the new CEO,

“In the months ahead; my focus will be on ensuring a smooth leadership transition and continuing to work closely with the board and Mike to complete the Sprint transaction,”

He also said that the T-Mobile- Sprint merger would create the New T-Mobile — a company that is uniquely positioned to continue disrupting the wireless category — and beyond.”