iPhone users are reporting a notable new bug in Facebook’s iOS app that turns the camera on without their permission.

When it comes to keeping user’s data secure or their privacy, Facebook is hardly a beacon of truth. There have been so many multiple instances of users’ data being used without their knowledge.

The issue has come to light after a user, by the name Joshua Maddux, reported unusual activities, which occurs in the Facebook app for iOS. He shared in his footage, about his camera actively working in the background as he scrolls through his feed.

The reality of Facebook secretly spying with iPhone camera 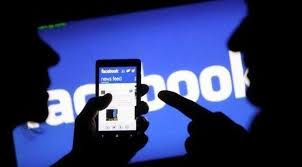 Web designer Joshua Maddux found this issue with the iOS Facebook app activating the iPhone camera while scrolling his feed. He found an exact same issue on five different devices, with others able to replicate. The same problem, however, does not appear to be present in the Android mobiles for now.

The spying happens thanks to a bug that shows the camera feed in a tiny splinter on the left side of the screen when you open any photo in the app and swipe down.

Maddux added that he found a similar issue on five iPhone devices running iOS 13.2.2 but he was unable to reproduce on iOS 12 as iPhones running iOS 12 don’t show the camera.

iPhones running iOS 13.2.2 indeed show the camera actively working in the background. This issue does not appear to occur in iOS 13.1.3. The issue only occurs if you have given the Facebook app access to your camera. If not, it seems to appear that the Facebook app tries to access it, but iOS blocks the attempt.

Whether it’s about the Cambridge Analytica affair that hit last year or the breach last week where as many as 100 third-party developers were able to snoop user data, the social media company does not have the greatest tracking record when it comes to user privacy.

Facebook, meanwhile has issued a statement to Verge, saying that this issue is due to a bug that was inadvertently introduced in an app update released on November 8th and that it’s submitting a fix to Apple. Facebook says that “we have seen no evidence of photos or videos being uploaded due to this bug.”