Samsung has announced that it will be shutting down its smartphone assembly manufacturing facility in Huizhou, China. The announcement comes just a year after they said goodbye to their Tianjin plant. Left with zero smartphone manufacturing units in China as of today, Samsung seems to have given up against the local brands like Xiaomi, Oppo, Vivo, and Huawei.

According to a company official, Samsung will hand out the production equipment to other manufacturing sites depending on the global production strategies based on their respective market needs.

Why Samsung had to shut down its last Chinese Smartphone manufacturing plant? 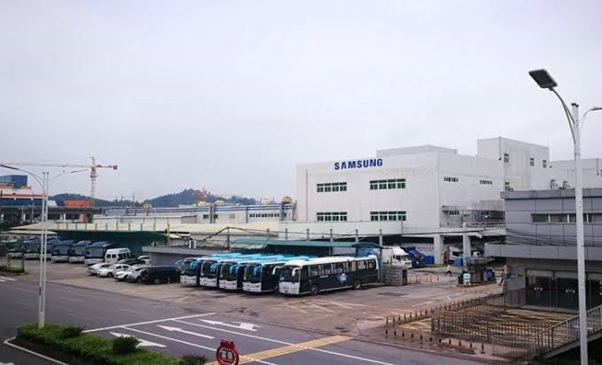 Facing stiff competition from the Chinese brands, Samsung has seen it’s market share dip from 19% in 2013 to less than 1% in 2019. Subsequently, poor sales in China forced the company to arrive at this decision. The recent trend indicates that in China, people buy low-priced smartphones from domestic brands and expensive phones from Apple or Huawei. Without any breakthrough strategy, Samsung has little hope to revive its share.

Samsung will now manufacture smartphones in other countries. As Labor costs in China climbed, Samsung started moving capacity to Vietnam. The Southeast Asian country has become a global smartphone production hub that employs about 200,000 people in Vietnam. Samsung is already building half of its handsets in Vietnam. Last year, it expanded its production capacity in India because of the lower cost of manufacturing there.

“The production equipment will be re-allocated to other global manufacturing sites, depending on our global production strategy based on market needs.”

Despite struggling in the Chinese market, Samsung still continues to be the largest handset manufacturer globally, with 20.8% sales volume. But, that’s down from 21.7% last year, and their overall shipments has gone down by 8% in volume last year.