iTunes has officially been discontinued in the Apple’s New macOS update. The latest version of Apple’s Operating System Mac OS X Catalina is available in the App Store. However, the new OS also formally brought the demise of iTunes which has been the flagship of Apple’s Music offering for the last 18 years.

iTunes is replaced by a new music library and streaming Apps. The novel Apple Podcast and Apple TV are going to take the place of the Podcasting features of iTunes.

With substantial differences in the interface, the Music features of the new offering are the same as iTunes. After you update your iPhone to the latest OS, your music library remains like before. The DJs will though face difficulties in consuming the new interface, as the protocol that enabled DJ Apps like Traktor, rekordbox DJ to connect to the iTunes library is no longer there.

Apple users have been facing many issues with iTunes lately. There have been complaints about the application being memory consuming and of not much use. Many users have also expressed dissatisfaction with the clunkiness of iTunes over the years.

Overhaul with the Music and Video features in Mac OS

There was much overhaul needed in the way music and multimedia were played on the Apple devices. The New interface has separate apps for Music, TV, and Podcasts. It provides effectiveness and speed to the apps and makes them more user-friendly.

Now users don’t need to struggle to search iTunes to find their music and movies tab in iTunes and instead open the files directly from the respective apps. 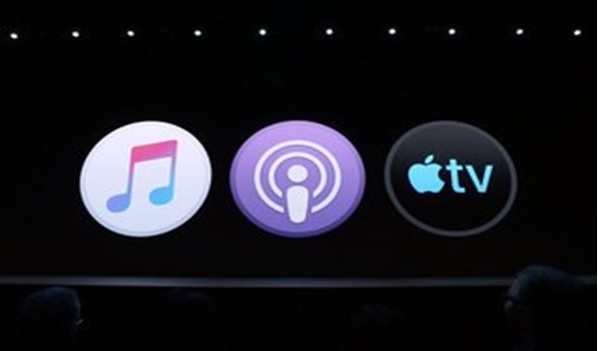 Apple Music for Online Streaming and Download of Tunes

Apple Music lets you play music by online streaming and also shows tunes you have bought. The interface is easy to scan the library, search for new songs and download new tunes aka music.

Apple Podcasts for Watching Saved Podcasts and Find New Ones

Apple Podcasts will help you play the various podcasts and search for newer podcasts based on your interest. The Discovery feature helps you even browse for content within the podcasts. Thus instead of watching the entire podcast, you can also look for a particular portion in a podcast containing the topic of their interest.

Apple users can update to the macOS Catalina and use the latest features.