Facebook announced its Cryptocurrency, Libra, some time back. Later, it forged alliances with various companies that wanted to join the project. Since then, the situation around Libra has changed with a lot of talk regarding its regulation and Facebook has found the going tough.

As Facebook is facing resistance from regulators across the world due to the lack of trust in Libra, the company has tried to distribute some of the criticism among its partners saying that Libra is ‘Out of its Control.‘

Facebook says that it does not govern or control Libra. Libra Association, a Switzerland based organization, is going to administer and manage the Cryptocurrency.  It is a group of companies and not-for-profit institutions that will control the functions of the digital currency Libra.

Facebook has further said that no company will have a one-sided or majority influence on Libra. The Libra Association has 28 Founding members and will add more members to expand to several 100 members.

Facebook’s cryptocurrency’s launch is in 2020 and it looks that the social media giant is now looking to own only a partial portion of the responsibility of its own cryptocurrency “Libra” by using the ‘Out of Control’ statement. 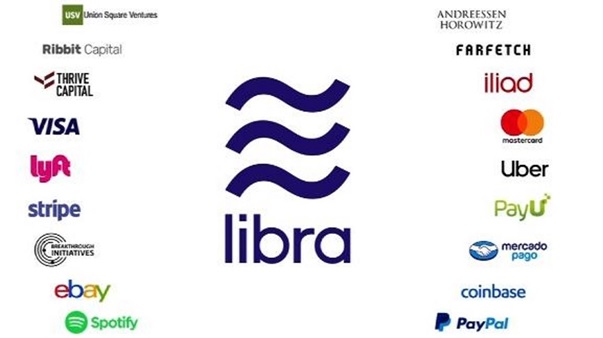 According to a report by CNN, the billions of Facebook users can create a massive customer base for the digital currency. It can quickly become the most extensively used Cryptocurrency in the world and even pose a threat to the traditional financial systems by defeating government currencies like the dollar and pound globally.

Founding Member Companies have Connections with Each Other

Facebook has detached itself from having control over Libra, and claiming that the Libra Association will govern the new currency. Most of the members of the association have personal ties with Facebook. They all are connected with Facebook – financially, professionally, and personally.  As per the experts, these ties and links are enough to doubt Facebook’s influence on the association and the Libra project as a whole.

Regulators are concerned about Facebook having influence and control over the association. The social media giant has been under scanner lately for its privacy violations and user data security breach.

Libra is slated for 2020 release; however, as per David Marcus from Facebook, the currency will not be launched until regulatory approval.

The association is based out in Switzerland, so the Libra Association does not require US regulators’ approval for launch outside the USA. However, without the US user base, it cannot gain momentum.  Libra Association is the governing body for the Cryptocurrency, but, the lawmakers may find it difficult to trust the organization due to the ties within the founder company, Facebook.