In June 2015, Microsoft acquired Wunderlist thanks to the app’s bludgeoning user base of 13 million users. Since then, Microsoft has also been working on its own task management app To-Do and it looks that the Redmond based giant is now looking to shut down Wunderlist in favor of Microsoft To-Do.

The shutdown plans were first released in a blog post on April 2017, where Office 365 team clearly said that once the best of Wunderlist is integrated into Microsoft To Do, Wunderlist would be retired. However, 2 years since the last announcement, Microsoft hasn’t really come out with an announcement on what it intends to do with the Wunderlist.

However, with Microsoft’s recent release of the updated version of Microsoft To Do, it seems that Wunderlist days are numbered.

Making the announcement, Marcel Käding from Microsoft To Do and Wunderlist Community Management Team, said,

When Wunderlist became part of the Microsoft family, our mission was to bring the delightful, simple, and elegant daily task experience and build it into Microsoft’s intelligent, interconnected, and security-centric ecosystem to create a new app—Microsoft To Do. Today, we’re unveiling the new version of To Do, which includes a fresh new design, access from wherever you are, and more integration with Microsoft apps and services.

Christian Reber, the Wunderlist founder, meanwhile has offered to buy Wunderlist back. This is what he mentioned on Twitter,

Still sad @Microsoft wants to shut down @Wunderlist, even though people still love and use it. I’m serious @satyanadella @marcusash, please let me buy it back. Keep the team and focus on @MicrosoftToDo, and no one will be angry for not shutting down @Wunderlist.

Microsoft has renovated the To Do app, from drawing some of the best design features of Wunderlist with smart tasks showing in a single list. The To Do App is available on iPhones, Android and web browsers now. 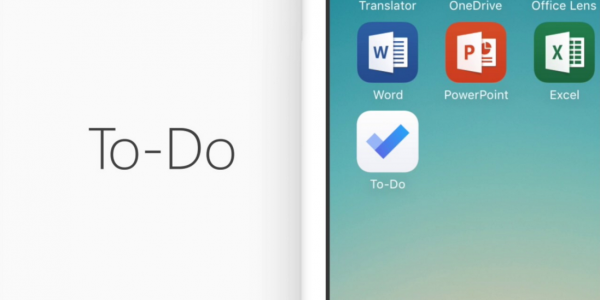 The Microsoft To Do App has now some visual similarity as that of Wunderlist. The To Do now supports background images as well as the Berlin TV tower image that Wunderlist users will be long-time similar with. Microsoft says every list can be given its own background image and it has reduced the list header size and also added new color theme customization options. A dark mode for iOS and Mac is coming soon.

The app features include subtasks, recurring tasks, prioritized tasks, reminders as well as due dates, file attachments, and notes. Lists can also be grouped, shared with other people, and assigned. There is a personalized daily planner feature called ‘My Day’. It refreshes daily and features smart suggestions for tasks. All lists sync across devices. It allows users to stay organized at work, home and on the go.

Users without a Microsoft account can register the To Do App with their existing email address. The option to import tasks from Wunderlist is displayed after they sign in. It can also be found in Settings. Microsoft To Do is a free download for iPhone and iPad available from the App Store.

While it seems a sad day for Reber, the founder of Wunderlist. He also tweeted that he has nothing but gratitude for Microsoft and selling to them was definitely the best thing that ever happened.