There has been news lately that the US government officials want to stop the development of the Undersea cable between the US and China.

The Chinese partner and several US big Tech companies like Facebook and Google have already pledged their supported this channel. The Undersea cable between the US and China is sought after for providing better internet connectivity between the two countries.

The US government has indicated to block the cable due to security concerns.

Department of Justice headed a multiple agency panel called Team Telecom. The board is condemning the cable project that is being looked upon as a source of faster internet source to China and the US. The Team has raised concerns over the ongoing tensions in Hong Kong against China and the Chinese government and Dr Peng ties.

A lot of private-sector Chinese companies have ties with the government for a profitable business in the country.

The Team by the Department of Justice did not give any comment on the ongoing assessment of the various applications that have been under the radar for the multiple threats to national security and law enforcement. The concerns are coming due to the control of foreign entities and investments.

The US-China Undersea cable project is supported by Facebook, Google and Dr Peng Telecom and Media Group, which is a Huge Chinese telecom company.

What is the current status of US-China Undersea Internet Cable

The project is underway with around 8 thousand miles of Pacific Light Cable network connecting Hong Kong and Los Angeles already constructed.  The permit of the construction expires in September. Now the cable may be closed from operations due to the reported national security threats and concerns. Lately, there have been many issues between the US and China regarding security dangers. 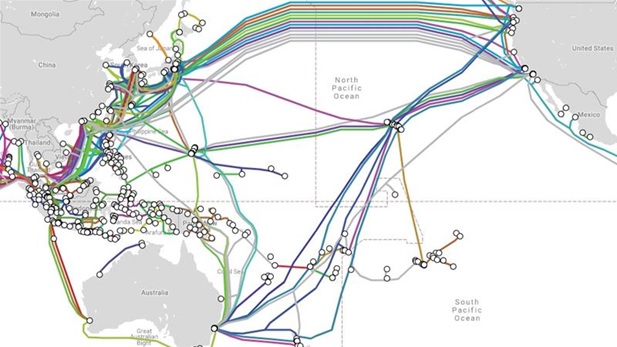 Just in case the Team Telecom approves the construction, the people supporting the cause belive that US will have more control on the cable. The Federal Commission can have strict security measures that companies need to abide.

According to the various western Defense authorities, the warnings have come in recent past that Russia and other countries can damage the internet cables to disrupt the economy.